Which minister said what on day 1

The 45-member ministerial team under newly anointed Prime Minister Narendra Modi took charge on Tuesday. While there was profit booking in the stock market as investors now wait for some concrete moves by the new government, here’s a look at which minister said what in their first day at office.

Finance minister Arun Jaitley said his priorities would be to tackle inflation, boost economic growth and follow the path of fiscal consolidation among others. 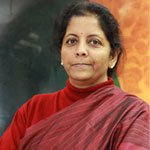 Commerce minister Nirmala Sitharaman said there will not be a “blanket approach” for FDI and each sector would be looked in a “very, very calibrated fashion”. However, she dropped a bomb, indicating the government’s view on FDI in multi-brand retail. 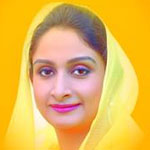 Food processing industries minister Harsimrat Kaur Badal said, “My mission will be to find new and innovative ways to reduce the post-harvest losses by facilitating efficient storage & transportation as well as finding ways to increase the shelf life of food products while at the same time ensuring that these processed food products are available to the consumers across the country at reasonable prices.”

She added, “My prime interest remains to increase the income of farmers while at the same time ensuring the process to remain affordable for all consumers.  The farmers of this country, especially the farmers of my home state, Punjab, have been at the forefront in providing food security to the nation. Now, their incomes are stagnant. The time has come to give boost to the income of our farmers through innovative value additions to the farm produce.” 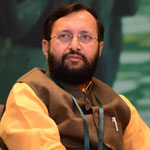 Prakash Javadekar who took over as minister for information and broadcasting said freedom of the press is the pillar of democracy. He added that press freedom is imperative for the success of democracy as it gives a rainbow of opinion. He also mentioned that the media itself suffices for self-regulation.

Piyush Goyal took over as the minister for coal, power and new & renewable energy said that his priority would be to expand scope and usage of clean and green energy and to ensure synergy in the power, coal and renewable energy sectors. 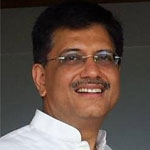 Appreciating the Gujarat model in the development of renewable energy, Goyal said that he would learn from the experiences of Gujarat, Madhya Pradesh, Goa as well any other best practices from anywhere in the world that could be brought to India. Laying down the vision of his ministry, he said that it would be policy and process driven where the focus would be on the outcomes and action.

Goyal said that one of his major priorities is to de-bottleneck the system and ensure fast delivery. 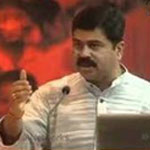 Dharmendra Pradhan who took charge as the minister for petroleum & natural gas, said that India needs to reduce import dependence and secure energy needs, so that it becomes self-reliant.

Minister for rural development, drinking water & sanitation and Panchayati Raj Gopinath Munde said that integrated development of villages, tackling sanitation problem and effective implementation of Land Acquisition policy will be his key priorities in the new government. He said he is in favour of MGNREGA, but his aim will be to remove the shortcomings in the rural job scheme for its transparent implementation. 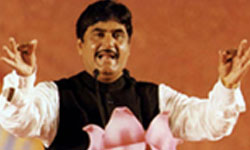 He said, MGNREGA will be linked to the all-round progress of the villages as creation of jobs and development should go hand in hand. The minister said that he will soon call a meeting of state rural development ministers to deliberate on various issues linked to the progress of villages.

Dwelling on the issue of sanitation, Munde said that it would be the endeavour of the Government that each household should have a toilet, besides laying stress on community sanitation. He, however, lamented that the budget provision for the sanitation is very low, just Rs 4,260 crore. He said, all efforts will be made for the construction of low cost toilets in the rural households.

Munde also defended the Land Acquisition Policy saying that it is not against the industrialisation and urbanisation as being reported in a section of the media. He said, the new land acquisition act is also farmer friendly as they will get compensation for loss of land at market price.

Santosh Kumar Gangwar took over as the textiles minister said that the sector has a huge potential for providing large number of jobs to the vulnerable section of the society.

Speaking on the issues plaguing the sector in Uttar Pradesh, he said that local artisans need push that will unlock the strengths of the region. “Zari Zardozi, carpet and many other local craft have huge export potential and if proper attention is paid this can be a strong source of improvement of economy and employment.”

Commenting on the Manjha industry of Bareilly, Gangwar said that “due to wrong policies, the Manjha industry has suffered and China has benefitted from the situation. Ten thousand people were rendered jobless.” He also added that “we will not take long in coming out with blueprint for the textiles industry.” 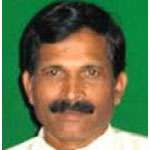 Shripad Yesso Naik as the tourism minister said that all efforts would be made to boost tourism in the country and to remove the bottlenecks that may be impeding the smooth inflow of tourists in the country. He said Rs 18 crore has been sanctioned for the development of ghats of Banaras including the construction of Jattis. He also said that security of tourists would be given top priority. 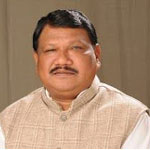 Tribal affairs minister Jual Oram said that overall development of more than 10 crore tribal population and bringing them to social mainstream expeditiously is his topmost priority while at the same time preserving and protecting the tribal culture. Oram said, the thrust will be on building up and strengthening institutions like Integrated Tribal Development Agencies, micro-projects and Tribal Research Institutions. While taking up developmental projects and programmes for tribals, the government will focus on striking a balance between environment and development, the minister added.