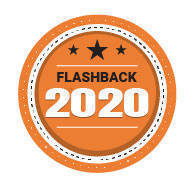 The last twelve months were momentous for more reasons than one. While 2020 will go down as the year of a global pandemic, it was also about unprecedented liquidity pushing private capital flow to new peaks and Indian stock markets defying a historic economic slowdown. And, of course, your trusted deals publication VCCircle was the subject of a transaction itself (the deal was signed in July and completed in early December).

While our team of reporters continued to deliver what we believe helps our readers to be the best informed when it comes to deals (‘If it’s happening or has happened, you will find it on VCCircle’), some stories stood out.

Here’s chronicling what were among the most-read stories on our site.

The most-read story was ‘not’ about the most controversial deal of the year—Reliance Industries Ltd’s agreement to buy key businesses of Future Group – but another much-smaller Ambani transaction to bolster the retail business. Reliance’s move to expand in southern India, which has its own set of market leaders across sectors, attracted more than a few eyeballs.

Another Reliance-linked transaction also drew several eyeballs and, no, we are not talking about the string of big-ticket funding deals it struck for Jio Platforms and Reliance Retail. This was its small deal to buy Urban Ladder for a song and how the venture capital backers of the online-to-offline furniture retailer lost out.

Among others, the most read interview was our conversation with Prashant Kumar, the State Bank of India veteran who is now steering Yes Bank out of a crisis that left the entire banking sector shaken this year.

Turning to investors, the PE firm whose activity drew a lot of interest was Warburg Pincus. The US-based firm struck several new deals and, equally importantly, many good exits including its biggest returns churner from India recently. Closely following Warburg was KKR, whose people movements—both incoming (new PE head) and outgoing (flux in the credit business)—were as much in the limelight as its PE deals.

In other story formats, among the long forms, our deep dives on Multiples PE and Kedaara Capital, two PE firms that started around a decade ago, got unusual attention (you can catch all our Fund Scans, which provide unparalleled insights on prominent investors in the country, here).

Another interesting article that attracted eyeballs was the previously untold story of how a beauty-tech business—Nykaa–floated by former banker Falguni Nayar created a fortune for several heavyweights including KKR global chief Henry Kravis and several local industrialists.

Overall, we were glad to see a good proportion of our most-read pieces included content that was only meant for our premium subscribers. Indeed, our subscription page (if you are not already a part of the premium content service you may join us here) was the second most visited on our website (behind the home page). We thank all those who joined the service in 2020 but also those who have been consuming our premium content for several years now.

Last but not the least, a very happy new year as we move into 2021 and strive to bring more value-added curated content that you shall find nowhere else. Indeed, more content on the site will be reserved for premium subscribers making it a more compelling proposition for our most-valued readers.