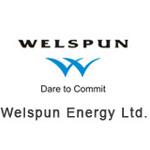 Welspun Energy, an associate company of Apollo Global Management -backed Welspun Corp, is looking to invest as much as Rs 5,675 crore (just over $1 billion) over the next five years in Karnataka to set up wind power projects.

The company has signed an MoU with the Karnataka government for setting up two separate wind power projects with 750 MW and 100 MW capacity, expected to be commissioned in the next five years. Further, the company is aiming to develop renewable energy projects that will have an installed capacity of 1.7 GW in total.

The investment requirement for this capacity has been estimated at Rs 5,675 crore, to be financed in the 3:1 debt-equity ratio. This would mean an equity component of around Rs 1,420 crore ($253 million).

Vineet Mittal, co-founder and managing director of Welspun Energy said, “With India being the fifth largest installed wind power capacity in the world, there is immense scope for growth.”

The MoU was signed in a regular state level global investors meet, which saw commitments to the tune of Rs 1.6 lakh crore, almost half of which involved the energy sector, led by wind and solar power projects. Besides, Welspun, others who flaunted huge investment numbers include Suzlon and Mytrah Energy.

Globally, India is the fourth largest consumer of renewable energy, accounting for five per cent of global consumption compared to China's more than 21 per cent. China is the world's largest renewable energy consumer.

However, in terms of composition of primary energy consumption basket, the share of renewable in India is a mere 1.6 per cent, while the rest is accounted for by coal, natural gas, hydro and nuclear energy.

Rising cost of coal, which raises the cost of thermal power projects, has got a string of power generators to look at renewable space as the next big thing. Backed by subsidies and other incentives provided to develop clean form of energy, companies have been quick to implement solar and wind power projects in the country.