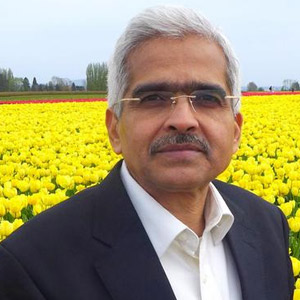 The committee will be headed by Shaktikanta Das, secretary, department of economic affairs, ministry of finance, with four other members. The other members of the committee are financial services secretary Anjuly Chib Duggal, State Bank of India’s chairperson Arundhati Bhattacharya, National Institute of Public Finance and Policy’s (NIPFP) director Rathin Roy and economist Rajiv Kumar.

Envisaged as a new infrastructure financing vehicle in the country, creation of NIIF was announced by finance minister Arun Jaitley in his budget speech this year and was cleared by the cabinet in July.

The government had earlier announced that its share in the corpus shall not exceed 49 per cent and NIIF would attract investment from both domestic and international sources.

The governing council of NIIF, which will be established as a trust, is said to have government representatives and experts in international finance, eminent economists and infrastructure professional, terms for which will be decided by the government.

Newswire PTI had earlier reported that the finance ministry will start roadshows to attract investors after the Bihar elections.

SoftBank-backed Lenskart gets new homegrown investor on board
Consumer