GVK to sell 33% in Bangalore airport to Fairfax for $321M 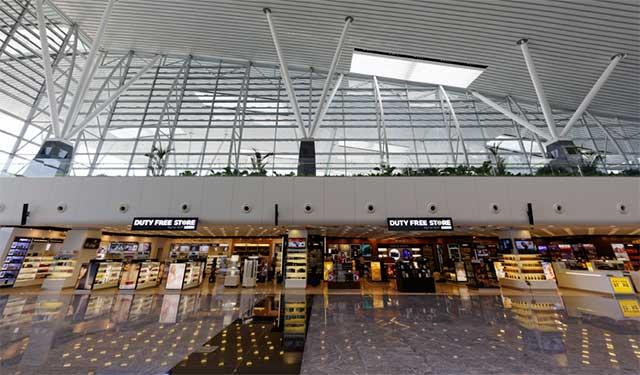 The deal will help GVK Power cut its debt by Rs 2,000 crore and save Rs 300 crore in interest payments every year, it said in a stock-exchange filing.

Fairfax Financial Holdings Ltd, the Canadian investment firm founded by India-born Watsa, and Fairfax India Holdings Corporation will acquire the stake through their wholly owned subsidiaries based in Mauritius.

GVK currently has a 43 per cent stake in BIAL, which operates the Kempegowda International Airport in Bangalore. The Airports Authority of India, the Karnataka government, Zurich Airport and German’s Siemens Project Venture are BIAL’s other shareholders.

The group, which also operates the Mumbai airport as well as power plants, coal mines and highways, had said in 2014 that it was exploring a stake sale in its airport business to pare its debt.

GVK Reddy, founder chairman and managing director of GVK group, said the deal will help in developing a new terminal and a runway at the airport.

The deal is subject to customary closing conditions and third-party consents, and is expected to be completed by the middle of this year.

Goldman Sachs and DSP Merrill Lynch were the financial advisors to GVK and Cyril Amarchand Mangaldas was the legal advisor.

Fairfax India is an investment holding company created in 2014 to invest in the South Asian country. It raised $1.06 billion partly through an initial public offering on the Toronto Stock Exchange in January last year. Watsa's Fairfax Financial Holdings is the anchor investor in Fairfax India.

Last year in July, Fairfax India inked a deal to buy a 74 per cent stake in National Collateral for Rs 800 crore ($125 million then).

It also made a voluntary open offer to buy 26 per cent more in Carlyle-backed financial services company IIFL Holdings Ltd (formerly India Infoline) for Rs 1,621 crore ($255.4 million). Parent firm Fairfax Financial already owned close to 9 per cent in addition to an economic interest of another 5.24 per cent stake through derivative instruments.

In October, Fairfax agreed to buy an additional 9 per cent stake in ICICI Lombard General Insurance Co from its joint venture partner ICICI Bank, in a move that took its total holding in the insurer to 35 per cent. ICICI Lombard is the largest private sector general insurer in India with gross written premiums of about $1 billion for the year ended March 31, 2015.

Recently, Fairfax said that it was looking to raise C $735 million (about $536.42 million) through an equity issue to fund the acquisition of stakes in Eurolife ERB Insurance Group Holdings and ICICI Lombard.

In December, Quess Corp had acquired Dubai-based Styracorp Management Services and IME Consultancy for an undisclosed amount in its third takeover deal in 2015.