Fairfax to hike stake in ICICI Lombard for $237M 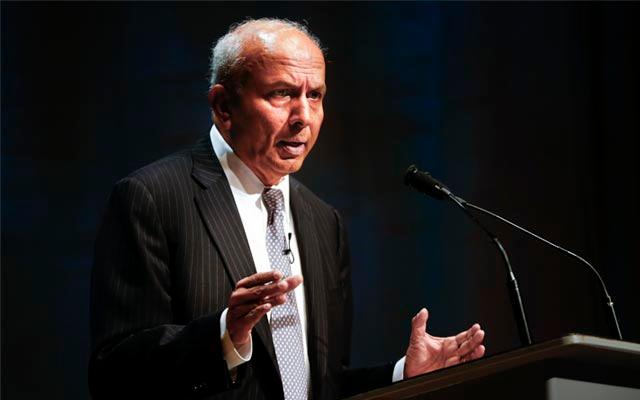 ICICI Bank said on Friday its board has approved the sale of a 9 per cent stake in the general insurance arm to its existing minority partner in the joint venture. The deal is worth Rs 1,550 crore ($237 million) and values the insurer at Rs 17,225 crore ($2.6 billion).

Fairfax will own 35 per cent after the deal while the lender will hold 64 per cent.

The transaction is expected to close in the first quarter of 2016, subject to regulatory approvals.

ICICI Lombard is India's largest private-sector general insurer with gross written premiums of about $1 billion for the year ended March 31, 2015.

The general insurance business in India is dominated by state-owned companies. In the private sector, ICICI Lombard is followed by Bajaj Allianz, IFFCO-Tokio, Reliance General and HDFC ERGO.

The deal marks a value unlocking exercise for ICICI Bank, the top private-sector lender in the country by balance sheet size.

Insurance and reinsurance are key business domains, besides investment management, of Fairfax. In fact, the company has a large exposure to insurers and reinsurers globally.

Fairfax owns a stake in insurers like Crum & Forster, Northbridge Financial and Zenith in North America; Fairfax Brazil in Latin America, Brit Insurance in Europe and Gulf Insurance in the Middle East. It also has a stake in Alltrust, Falcon Insurance (Hong Kong and Thailand), First Capital and Pacific Insurance besides ICICI Lombard in Asia. Besides, it has exposure to reinsurers such as Advent, Group Re, Polish Re, Singapore Pe, Thai Re and Odyssey Re.

For Fairfax, this comes as another back-to-back India-related transaction. It recently completed a deal to buy a 74 per cent stake in National Collateral Management Services Ltd through its newly created India-focused investment unit for Rs 800 crore ($125 million).

Fairfax India was created late last year and raised $1.06 billion early this year through an IPO on the Toronto Stock Exchange with anchor investment from Fairfax.

Fairfax is routing the latest investment in ICICI Lombard directly instead of the India-focused investment unit.

Separately, its majority-owned listed Indian firm Thomas Cook, along with its subsidiaries, have been sealing acquisitions both in India and abroad.

The insurance sector has been a hotbed of activity after the government allowed foreign companies to hold a 49 per cent stake in Indian insurers from 26 per cent earlier.

Previously, UK insurer Aviva Plc said it was planning to increase its stake in Aviva India, its local JV with Dabur Group, to 49 per cent.

Japan's Tokyo Marine said it had sought to raise its holding in Edelweiss Tokio Life Insurance from 26 per cent to 49 per cent and Axa hiked its stake in Bharti Axa.

Also, Aegon raised its stake in Aegon Religare Life Insurance to 49 per cent as part of a larger deal where Religare sold its stake in the firm to media house and existing investor Bennett, Coleman & Co. Ltd.

Australia's Insurance Australia Group Ltd has also said it would increase its stake in a general insurance joint venture with India’s largest lender, State Bank of India, to 49 per cent.