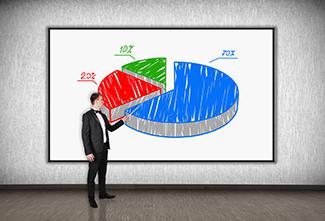 Embassy has also made an open offer to acquire a 24.7% stake from the target company’s public shareholders, according to a stock-exchange filing.

The open offer has been made at a price of Rs 670 a share, totaling to about Rs 217 crore. The open offer price is nearly 30% higher than Friday’s closing price of Rs 519.45 on the BSE, giving enough room to public shareholders of MAC Charles to tender their shares.

Mumbai-listed MAC Charles, which operates the Le Meridien hotel in Bengaluru, said in the filing that Kapi Investment Ink Ltd, which held a 1.22% stake in the company as of September 30, will retain the holding. Embassy Property will also take management control of MAC Charles after the deal is concluded.

MAC Charles posted total revenue of Rs 89.94 crore for the year through March 2016, up from Rs 71.76 crore the year before, according to its annual report. Profit after tax rose to Rs 33.4 crore from Rs 25 crore.

In the annual report, the company said that the hotel industry faces tough times ahead in view of cost-cutting measures initiated by the corporate sector in the sluggish economy prevailing worldwide. It added that, during 2015-16, new supply in the market increased room inventory by 50% in the 5-star and 5-star deluxe segments in Bengaluru while competition intensified due to variable discount factors offered by many industry players.

The deal comes weeks after Embassy group signed an agreement with global hospitality major Hilton for management of its second hotel project in Bengaluru. The dual-branded hotel will comprise 586 rooms in total, with 250 rooms at the Hilton and 336 rooms at the Hilton Garden Inn.

Embassy Group began its operations in 1993. It is led by chairman and managing director Jitendra Virwani. The company has developed 37 million square feet of commercial, residential, retail, hospitality and industrial warehouse space, according to its website. It operates in top Indian cities including Bengaluru, Chennai, Pune, Coimbatore as well as Serbia in Eastern Europe and Malaysia in Southeast Asia.

The developer has attracted private equity funding in the past for several projects. In 2011, HDFC Property Fund, the real estate investment arm of Housing Development Finance Corp, invested in the company’s ‘Embassy Springs’ project. The fund exited earlier this year.

In October last year, global private equity firm Warburg Pincus entered into a joint venture with Embassy to build industrial parks and warehouses in the country. The JV partners agreed to jointly invest $250 million in the venture, christened Embassy Industrial Parks, to fund land acquisition and development across India. Embassy group has a separate JV with another PE giant, Blackstone, for office properties.