Indian stock markets on Monday scaled their highest level in the past 11 months, with the benchmark Sensex hitting a high of 27,647 points and the Nifty going past the 8,400 mark in intra-day trade to touch 8,475 points. Although both the indices came down marginally from their respective highs, they closed more than 1.8% and 1.7% higher, respectively, than their closing on Friday.

The rally followed strong Asian cues as markets across Japan, Shanghai, Hong Kong and Singapore were up. Several global factors, including favourable US jobs data and an upper house election victory secured by Japanese prime minister Shinzo Abe’s ruling combine added to the buoyant sentiment, which had turned negative after the United Kingdom voted to exit the European Union last month. 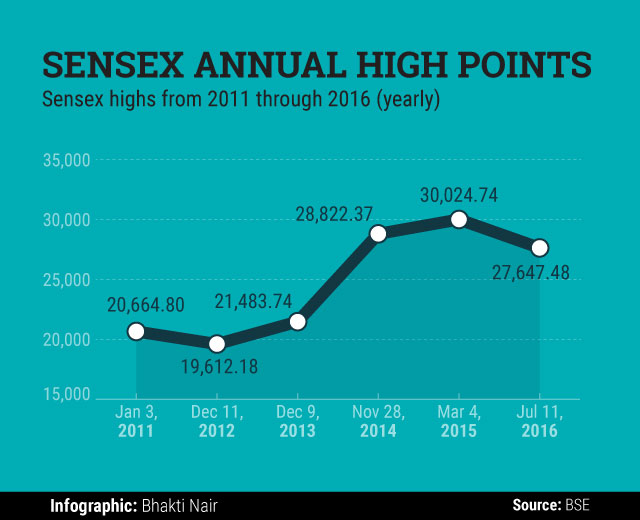