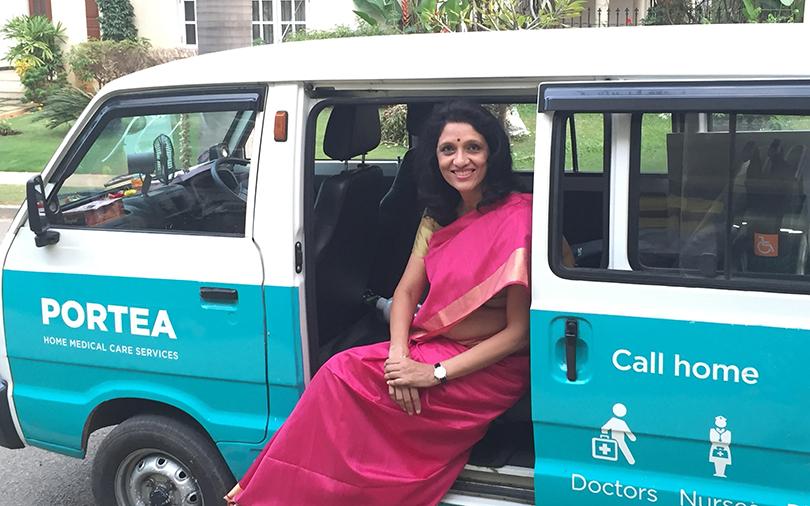 “With this funding round, we will add more depth to our services and consolidate our position as a trusted port-of-call for every healthcare need that an individual and his/her family members may have outside of hospital care,” said Meena Ganesh, managing director and chief executive at Portea.

Harinarayan Sharma, managing director at MEMG CDC Ventures, said Portea is likely to hire or engage close to 6,000 people in two years and will upgrade the skills of its personnel.

The funding announcement comes a few months after VCCircle, in July, reported that the company was in advanced talks to raise $25 million in a Series C round from three potential investors. At the time, Ganesh had said that the firm would use the funds to invest in technology and expand its offerings in new areas.

In August, VCCircle had reported that mid-market private equity firm Sabre Partners was likely to lead a down round of funding in Portea. A down round refers to a decline in valuation of the company.

Portea had last raised $37.5 million in 2015 in a Series B round of funding led by Accel Partners, with participation from IFC, Qualcomm Ventures and Ventureast.

In 2013, Portea had raised $9 million in its Series A round from Accel, Qualcomm Ventures and Ventureast.

India’s home healthcare industry was worth $2 billion in 2014 and has been growing at 20% annually, according to accounting firm PricewaterhouseCoopers. The booming sector has caught the attention of entrepreneurs and investors alike.

Other significantly funded players in the segment include Health Care At Home India, which is a joint venture between the promoters of consumer goods major Dabur India Ltd and the founders of UK-based Health Care At Home. Recently, the company received a $40 million commitment from healthcare-focussed private equity firm Quadria Capital Advisors Pvt Ltd.

Another funded player is Bangalore-based Medwell Ventures, which in April raised $21 million in a Series B funding round from multiple investors led by Mahindra Partners, the private equity arm of Mahindra Group.