Taking up entrepreneurship is not easy but it is no longer alien to women in India. Many women have made a mark in the startup ecosystem and have shown what it takes to live their dream.

Be it in e-commerce, fashion or digital payments, these women are scripting a success story despite social and cultural norms that hinder their journey. On International Women’s Day, we bring to you the inspirational tales of some Indian women entrepreneurs in their own words. 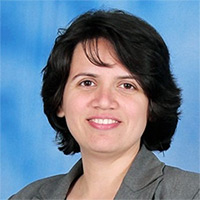 The woman behind the popular mobile wallet is one of the top role models for aspiring women entrepreneurs. The Stanford University alumnus had a flourishing career with payments and banking giants such as PayPal and HSBC, before returning to India in 2008. "My country was calling me back and I had this strong desire to work towards a solution that helps masses in India,” says Taku.

When she began discussing a few ideas for an entrepreneurial venture with her friends, a common interest in evolving the payments scenario in India struck a chord with Bipin Preet Singh, her husband and co-founder of MobiKwik. Founded in 2009, MobiKwik today is accepted by over 1,40,000 merchants and has 55 million users.

Challenges: I would like to share an incidence. Initially at MobiKwik, I was managing finance and I still remember how one CA firm and an investor asked if they could speak with some man from the team. Seeing a woman leading a male-dominated vertical was unsettling for them. However, after breaking the ice, they were comfortable and it didn't stay a concern.

Are women leaders more empathetic? Leadership knows no gender. As an entrepreneur, you will also think about your company's interest first, whether you are male or female. I have seen ruthless women leaders and compassionate male CXOs. Gender stereotypes aren't true for this role.

Why are there few women entrepreneurs? There could be various reasons, from social perceptions to economic challenges. Women have been conventionally suppressing their desires and aspirations as they continue to see themselves as givers. Often, they don't realise their potential. This must change and they must realise that you cannot pour from an empty glass. They need to be happy first to be able to have a nurtured and happy environment around them. 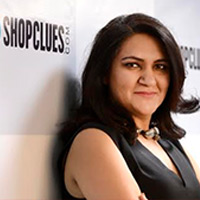 ShopClues started in 2011 and is now one of India's few unicorns, or those valued more than $1 billion. Aggarwal says when she moved from the US to India there was no concept of a marketplace in the country. She recalls a large e-commerce company advertising heavily at the time when ShopClues had not even begun. "It was really stressful to think that we were coming into this very well-funded market to start a new business. But the team had strong conviction in the business. And here we are six years from then, and we are really proud of what we have built so far.”

Are women leaders more empathetic? We all have our strengths and areas to work on. In a lot of ways, qualities such as empathy or being calm are thrust upon women for sheer virtue of their gender. I don't believe this is a gender-specific thing; I know a lot of men who are empathetic and run the business in a gentle manner and I know a lot of aggressive women. One thing that has come into place is that women inherently have had to multi-task for ages, and I think that does kick in sometimes. Women have stronger ability to multi-task than lot of men.

Why are there few women entrepreneurs? The culture of a family, society, company and a country is built by the actions you take, the stories you tell, the heroes you hold high. That's what we are trying to build in India where people will read about women entrepreneurs. The more stories that are told, the more heroes that are laid, the more actions that are taken to get more women out from workplace or from home to take the entrepreneurial journey. My husband was my partner and was a strong encouragement. If all women have that kind of support, we will see more success stories. 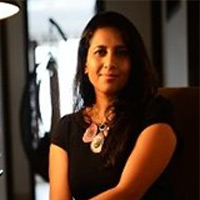 Mukherjee, the mind behind LimeRoad, is one of the most successful and popular women entrepreneurs around. She says she realised she had the zest to build something of her own after taking eBay’s Gumtree from the third position in jobs and car sales classifieds to the No.1 position in the UK.

The idea for LimeRoad came to her while reading a glossy magazine during one of those rare ‘me time’ moments after the birth of her second child in London. "I came back to India in 2011 with the vision of creating a global brand out of India." Launched in 2012, LimeRoad today showcases nearly 4,000 new fashion styles every day, going from nothing to 30 million user visits a month.

Challenges: It is challenging to bring up both a young family and a young organisation. Balance is a myth. Being less than perfect, constantly making trade-offs, forgetting birthdays and play dates, being late for dinners, and yet ensuring that the kids feel they are top of mind, takes a lot of getting used to. Despite all this, it’s still totally worth doing if what you are doing is something that you care about deeply. It makes all the hard trading off completely worth it.

Are women leaders more empathetic? I believe in a very straightforward leadership style and a big believer in people development. I try to introspect and explain the issue at hand in its simplest of forms, and encourage my team spring into action as problem solvers. LimeRoad takes pride in providing a space with nearly infinite freedom where literally the individual is his/her biggest blocker. No role is out of bounds. No door is closed. If a person is willing to fight to make stuff happen, everyone in LimeRoad will literally help make it happen!

Why are there few women entrepreneurs? The simple reality is that as women our biological clocks and our professional clocks clash completely and perfectly. We end up having young kids just as when we are making the biggest bets in our careers. It also happens to coincide with when our parents seem to be getting older. So yes, it’s hard. Equally, support systems are often not readily available. Simple things like high-quality household help eludes many, and there is no professional structure that offers this kind of help in a meaningful way. Equally, role models seem few and far between. All of this means that smart women tend to drop out. This sadly is not merely an Indian phenomenon, but true worldwide. 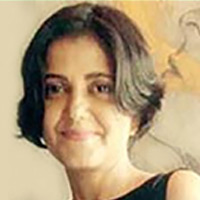 Founded in 2014, Sheroes has helped over a million women find a career footing. Chahal’s venture is unique in its offering of a women-only network and information-sharing platform. Since its inception, the firm has not only raised its Series A round of funding but also has two acquisitions in its basket—Gharkamai.com, an online platform which helps stay-at-home professional women find work; and Love Doctor, relationship and sexual health counselling platform.

Why are there few women entrepreneurs? If you do a demographic check of women founding startups, there are very few who are coming from the VC networks. There are outliers like me. In the startup ecosystem, even in the US, people are interested in investing in people who look like them. 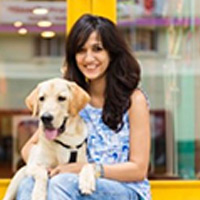 Chadda set up Chumbak in 2010 along with Vivek Prabhakar. Since then, the firm has come a long way – from selling products in standalone stores such as Shoppers Stop, Crossword and Reliance to setting up their own retail outlet in 2014. Chadda says in the early days, they were not thinking of funding or scale. “This isn’t something niche. In the first two years, the focus was on the designs and launching new products regularly,” Chadda explains.

The company secured its first tranche of funds in 2012 from Seedfund and then from Matrix Partners India in 2014. It has an offline and online presence with 17 retail stores across the country.

Challenges: I don’t think I’ve faced specific challenges because I’m a woman. In fact, it’s a positive. Because there are fewer of us (women entrepreneurs) people are more cooperative and you get noticed more.

Are women leaders more empathetic? I don’t think that whether you’re a man or a woman comes into the picture when you’re an entrepreneur. There are challenges irrespective of the gender.