Chinese conglomerate Fosun International Ltd, which recently made a bid for Hyderabad-based drug company Gland Pharma, is looking to launch a private equity business in India.

The move comes days after Shanghai Fosun Pharmaceutical (Group) Co. Ltd, a Hong Kong-listed unit of the group, submitted a non-binding proposal to acquire a 96% stake in Gland Pharma.

E-commerce firms Amazon, Paytm and Shopclues have expressed interest to hire the B-school graduates who got offers from rival Flipkart but whose joining dates were deferred until December, several media reports said.

"We are very much open to hiring these guys," The Economic Times cited Amazon India HR head Raj Raghavan as saying.

“We took the opportunity to review the candidates who may have received deferred joining dates and are keen to join Paytm,” Amit Sinha, HR head at Paytm, told the paper.

Recently, Flipkart deferred the joining date for graduates of the Indian Institutes of Management to whom it made job offers by six months to cut costs.

Arpwood Capital and Indostar Capital Finance, which is jointly owned by Everstone Capital and Goldman Sachs, are in the race to buy the non-banking finance company (NBFC) Karvy Finance.

Financial services group Karvy has given mandate to investment bank MAPE Advisory for a possible divestment of the NBFC unit, The Times of India reported.

Ahmedabad-based drugmaker Torrent Pharma is in advanced stages of discussion to acquire Glochem Industries for about Rs 300 crore.

Bulk drug supplier Glochem owns a few USFDA-approved sites in Hyderabad and Vizag where oral bulk actives are manufactured. Torrent could use Glochem's FDA-approved sites as "building blocks", as it aims to ramp up its business, The Economic Times reported citing sources.

Torrent Pharma was also among the bidders for Hyderabad-based injectables maker Gland Pharma. With a market cap of around $3.3 billion, Torrent has two API units in Gujarat — one each at Indrad and Dahej — and a large part of its demand is met via external suppliers.

The Securities and Exchange Board of India has barred wilful defaulters from tapping into the capital markets to raise funds and holding board positions in listed companies. 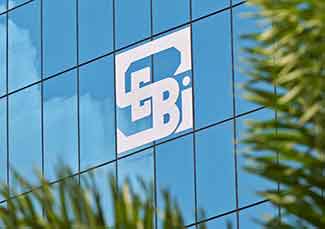 The regulator has also restrained such entities from setting up market intermediaries like mutual funds and brokerage firms and taking control of any other listed company.

Effectively, the companies with wilful defaulters on their board will now be forced to show such directors the door if they wish to access the securities markets.

It also disqualifies Vijay Mallya , whose defunct Kingfisher Airline owes Rs 9,000 crore in unpaid loans, from various posts he holds at the moment including at Sanofi India and Bayer CropScience.

The new rules, which became effective from May 25, would apply to every individual and company declared as wilful defaulter as per the Reserve Bank norms.

Govt to ask CPSEs to formulate plans to monetise assets

The Indian government has directed central public sector enterprises (CPSEs) to draw up plans for monetising their assets like land and manufacturing units to release their asset value for making investment in new projects.

The state-run companies can also divest their holding in subsidiaries and joint venture companies. The move is as part of the government’s efforts to drive investment in the economy and encourage state-run firms for capital expansion, The Economic Times reported citing sources.

The administrative ministries are in dialogue with their companies. Already, some power sector firms including Power Grid Corporation are working to set up an infrastructure investment trust to unlock value of their assets, the paper said citing a government official.