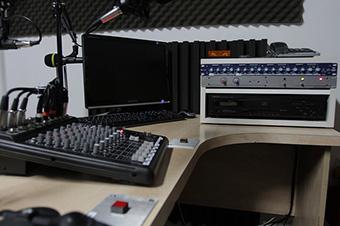 Zee Entertainment Enterprises Limited (ZEEL) said Thursday it is entering radio business with the acquisition of UAEâ€™s first and leading radio station, Hum 106.2 FM. With this, it gets exposure to television, radio and digital entertainment business in the region. Terms of the acquisition were not disclosed.

It had launched Indiaâ€™s first Hindi Satellite channel, Zee TV in 1992, ZEEL was also the first to launch a Bollywood TV channel, Zee Aflam in 2008 for the Arab audience and floated Zee Alwan in 2012 with Hindi programs dubbed in Arabic.

Amit Goenka, CEO â€“ International Broadcast Business, ZEEL said, â€œRadio has been an area of interest for Zee for quite some time and after extensive planning and studying of the brand values, ratings and revenue generated by various stations, we felt that an investment in Hum FM was the best option.â€

Mukund Cairae, CEO â€“ MENA and APAC, ZEEL said, â€œThis move is a diversification to our entertainment business portfolio, adding to the numero uno position we possess in television among South Asians in the Middle East. Now we can offer media across television, radio and digital platforms, leading to a great synergy between content and mediums.â€

106.2 Hum FM was previously owned and operated by Shamal Media Services. The station is a frequency originating from the emirate of Umm Al Quwain and forms a part of Umm Al Quwain Broadcasting Network (UBN). The frequency was one of the first Hindi and Urdu language frequencies to hit the UAE airwaves in the 1990s. Hum FM claims to have a current market share of 26% and is the top Hindi radio station in the UAE.

The Ten Sports channels being acquired include Ten 1, Ten 1 HD, Ten 2, Ten 3, Ten Golf HD and Ten Cricket. These channels operate in several countries, including in the Indian subcontinent, Maldives, Singapore, Hong Kong, the Middle East and the Caribbean islands.

This is not the first time and Indian media house has acquired a radio network overseas. In mid-2008 Bennett, Coleman & Co. Ltd (BCCL), the privately held parent of The Times of India group, had paid around £53.2 million (Rs 445 crore or $100 million back then) to acquire Virgin Radio. The firm was renamed as Absolute Radio but it struggled to generate financial value for BCCL.

In 2013, Bauer Media UK, a division of the Bauer Media Group, bought Absolute Radio. Although Bauer Media had not discloses the deal value, various media reports pegged it around £22 million ($33.5 million or Rs 204 crore). This implied, BCCL managed to exit the firm at about half of what it spent to buy the firm.