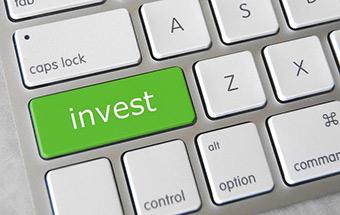 Tiger Global Management’s bet on Caratlane.com doesn’t seem to have paid off rich dividends as the hedge fund giant is getting almost the same money it invested in the Indian jewellery e-tailer by selling its stake to Titan Co Ltd.

Titan, the Tata Group’s watch and jewellery retailing firm, said on Thursday it has signed a pact to buy about 19.14 million shares, or a stake of about 62%, in Carat Lane Trading Pvt Ltd for Rs 357.24 crore ($53 million). This values the e-tailer around Rs 576 crore.

Tiger Global first invested in Caratlane in 2011 and put more money in each of the next three years. It last invested in the firm in December 2014 at a valuation of 117 million (Rs 716 crore then) in what was a Series D round of funding.

In total, it invested about Rs 302 crore ($52.22 million) in the four tranches to acquire about 19.14 million shares of Caratlane, according to VCCEdge, the data research platform of News Corp VCCircle.

In rupee terms, the hedge fund is exiting at a small profit over a five-year holding period. But the local currency’s drop against the US dollar over the past few years means it is getting almost the same amount as it had invested.

For Titan, the deal will help it expand its e-commerce presence. The company had first announced its plan to acquire a majority stake in Caratlane in May. It hadn’t given the deal details at the time.

Caratlane deals in gold, silver and diamond jewellery. It was founded in 2008 by Srinivasa Gopalan, an IT entrepreneur who was the founder and CEO of Lister Technologies, and Mithun Sacheti, scion of Jaipur Gems, which has stores in Mumbai, Chennai and Coimbatore.

Lately, it had been also expanding offline with physical retail outlets.

Caratlane generated revenue of Rs 141 crore for the year ended 31 March 2016 compared with Rs 127 crore the year before.

The company competes with the likes of Bluestone among others. Bluestone.com is backed by Accel Partners, Kalaari Capital and Saama Capital. Interestingly, former Tata Group chairman Ratan Tata is an investor in Bluestone.