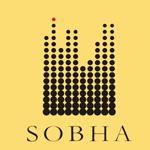 Bangalore based realty company Sobha Developers has seen growth in its first quarter operational numbers as compared to last year. For the quarter ended June 30, it managed to sell 0.84 million sq.ft of new space, which is valued at $87million (Rs 4,79 crore), with an average realisation rate of Rs 5,737 per square feet. Though year-on-year there is a growth in sales realisation of 26 percent, sequentially there is a decline. In Q4FY12, the realtor had sold 0.863 million square feet.

In the same period last year, Sobha had managed to sell 0.67 million square feet, for an average price realisation of Rs 4,547 per square feet.

At present it is accruing money from projects across Bangalore, NCR, Chennai, Pune, Thrissur, Coimbatore and Mysore.

Kejal Mehta and Dhrushil Jhaveri real estate analyst from Prabhudas Liladher wrote in their report to their client “on account of strong launches and monetization of old sales, coupled with a steady execution, the company has brought its net debt down from $220 million (Rs1,210 crore) in FY11 to $207 million (Rs 1,140 crore ) in FY12. We further expect net debt to reduce to $161 million (Rs 890 crore) in FY13, resulting in a DER of 0.56, down from 0.67 in FY11.”

Sales from its Gurgaon project witnessed a strong sequential increase of 24 per cent.