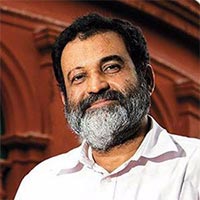 Both have also joined LetsVenture's advisory board, the company said in a statement.

It didn't disclose the amount the duo invested.

Tata and Pai will join iSPIRT's Sharad Sharma and Sanat Rao on the advisory board of LetsVenture, which is run by IndiePitch Solutions Pvt Ltd.

LetsVenture said last week it raised an undisclosed amount in Series A funding from 18 investors, led by Accel Partners and Anupam Mittal of People Group.

Founded in 2013 by Shanti Mohan and Sanjay Jha, LetsVenture has more than 5,400 registered startups and about 1,300 investors from 20 countries on its platform. It claims to have assisted in raising around $17 million for 53 startups to date. 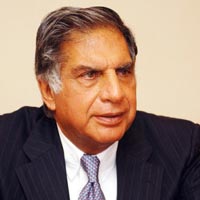 Ratan Tata, after retiring from Tata Sons, has been an active investor in startups. He has been building a portfolio of new-age businesses across sectors ranging from consumer internet, particularly in e-commerce, to social/impact, e-health, and clean-tech sectors.

According to data from VCCEdge, the research platform of VCCircle and Techcircle.in, Tata made his debut in January 2014 with Swasth India services. Since then he has invested in many marquee startups including Ola, Snapdeal, Xiaomi, Paytm and Urban Ladder. Last week, he invested an undisclosed amount in an expanded Series A round raised by Abra, a bitcoin-powered remittance app. Tata is also on the advisory board of Kalaari Capital, IDG Ventures and Jungle Ventures.