ANI Technologies Pvt Ltd, which runs taxi aggregator Ola, is in talks with investors to raise a new round of funding to take on rival Uber, two media reports said.

Existing investors SoftBank, Sequoia Capital, DST Global and Didi Chuxing are likely to participate in the new round. Two new US investors are also likely to put in funds, the reports said. 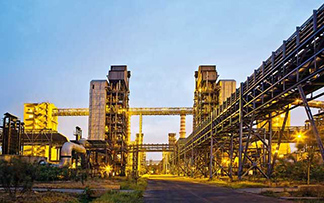 Tata Power Co Ltd will buy 25% of Resurgent Power for $300 million as part of a consortium to primarily buy both coal-fired and hydro power assets in India, The Economic Times reported citing two people with direct knowledge of the plan.

The three global funds will invest $500 million and will own 65% stake, while ICICI Venture will own the remaining 10% stake, the report said.

The stake was put on the block last month by State Bank of India, the country’s largest lender, the report said.

The draft model law on the goods and service tax (GST) has proposed to bring all online purchases within its ambit, in a move that will end uncertainty over tax in purchases from e-commerce sites, The Times of India reported.

Introduction of GST will provide clarity on where the tax is levied, as the entire burden moves from the point of production to the point of consumption.

In the recent past, Karnataka and Uttar Pradesh imposed levies due to pressure from brick-and-mortar retailers but the new legislation seeks to bring parity. For instance, Uttar Pradesh recently imposed an entry tax on purchases from e-commerce sites.

The proposed legislation also seeks to end uncertainty on software as intangibles will be considered as a "service". Similarly, work contracts will also fall within the service segment and will ease life for the infrastructure sector, the report said.

The GST is seen as one of the most important tax reform initiatives post-independence, but is stuck in parliament due to opposition from the Congress party.

Nippon Express in talks to buy 43% stake in TVS Logistics

The deal could be pegged around Rs 1,670 crore, valuing the Indian logistics around Rs 3,800 crore, Mint reported citing people privy to the matter.

KKR and Goldman Sachs might be looking at an exit option as the company's initial public offering plans are facing delay, the report said. Tata Opportunities Fund holds about a 7% stake in the logistics company, while TV Sundram Iyengar and Sons and the promoters own the rest. A couple of global PE funds are also interested in TVS Logistics, the report added.

The listing of PNB Home Finance could be one of the biggest IPOs to hit Indian bourses after InterGlobe Aviation, the parent of IndiGo airline, raised around $500 million in December last year.

The developer is looking to hive off the entire operations and maintenance to the buyer for the remaining licence period, the report said. The licence period expires in 2050.

NITI Aayog is in the process of drawing a plan for the government to reduce its holdings in state-run companies where it owns a 60% stake. The plan is to reduce the stake to 49% in one go instead of selling stakes in tranches, The Times of India reported.

The central government has more than 75% stake in several state-run companies, and the new norms by the capital markets regulator Securities and Exchange Board of India require listed companies to have at least 25% public shareholding.