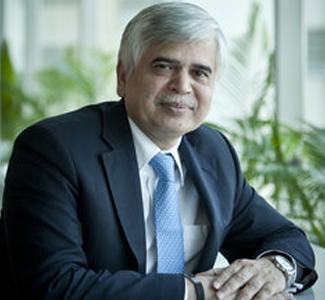 Richard Rekhy, who was elected to be head of KPMG India for a second term up to November 2020, has decided to retire as CEO of the accounting major’s India operations. He has been serving as CEO of KPMG India since 2012.

Rekhy will continue to serve as CEO until his successor is appointed by KPMG India partners.

Rekhy’s decision to retire came after Shyamal Mukherjee got elected as chairman of PwC India for a four-year term beginning 1 January, 2017, succeeding Deepak Kapoor, who will step down on 31 December 2016, after completing two terms as PwC India chairman.

A chartered accountant, Rekhy has served for over 12 years in the tax consultancy firm, rising from the position of head of risk advisory practice to the top of the ladder. Prior to his stint at KPMG, Rekhy worked with EY India, Arthur Anderson India and RSM and Co. as partner.

A statement from KPMG said its India board, after due deliberations and recognising Rekhy’s contributions to the India firm over the last many years as CEO and in his prior leadership roles, accepted his decision to retire.

Last month, KPMG’s competitor Deloitte gave offers to 20 KPMG partners along with their teams, totalling over 300 people who are expected to shift to Deloitte’s advisory team, a report by The Economic Times previously said.

In another leadership change at KPMG, the firm recently elevated Vikram Hosangady, who was head of private equity, KPMG India, as head of deal advisory, EMA region.

John B Veihmeyer, chairman of KPMG International, said, “Since Richard took office in 2012, KPMG India has been growing rapidly, with revenue, along with the number of partners, directors and professionals, doubling. Over the same period, KPMG India has attracted over 70 partners from other industries and across the professional services sector.”

Shyamal joined PwC in 1984 and became a partner in 1993. He has worked in the firm’s New York and London offices, and has experience in serving large, multinational clients in diverse industries.

He is a member of the India leadership team and also a part of PwC’s global strategy team. Prior to his current role as PwC India's brand & strategy leader, Shyamal was joint leader of the firm’s tax & regulatory practice. He is credited with starting PwC’s transfer pricing practice in 2001, when he also worked closely with the government to draft TP regulations, according to the firm’s website.

Shyamal is also on the board of Asia-Pacific Tax Bulletin (APTB) published by International Bureau of Fiscal Documentation (IBFD). Besides, he is a member of Confederation of Indian Industry (CII)’s working group on Lokpal and Lokayukta Act 2013 and vice chairman on National Board of American Chambers of Commerce.

A chartered accountant, he has done his Bachelor of Commerce and Bachelor of Law from Delhi University.