The Indian central bank stuck to expected lines and kept the policy rate unchanged in its second bi-monthly monetary policy review. It, however, shared views on both the Indian and global economy that have implications for businesses at large.

Here are key takeaways from the policy statement made by the Reserve Bank of India on Tuesday. 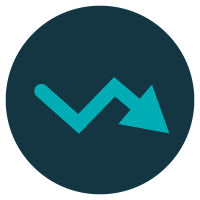 The spectre of a rise in prices playing spoilsport with the macro economy has got more real with the RBI putting an upside bias to its previous inflation projection. It said that the surprise in April, when consumer inflation rose by a higher-than-expected 5.39% due to costlier food prices, makes the future trajectory of inflation somewhat more uncertain. While the RBI expects normal monsoon to check a sharp rise in food prices, it added that the upside risks emanate from other factors such as a rise in crude oil prices and the implementation of the Seventh Central Pay Commission report for government staff.

What it means: Higher inflation would make the RBI pause on reducing interest rates, which is essential to prop up private investment. 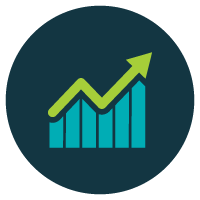 The central bank said that some indicators for April point to a firming recovery, although it is still uneven. Domestic conditions for growth are improving gradually, mainly driven by consumption demand, which is likely to strengthen with a normal monsoon and the implementation of the Seventh Pay Commission award. Higher public sector capital expenditure, led by roads and railways, should crowd in private investment, offsetting subdued appetite for fresh private investment.

The RBI noted that there are signs that corporate performance is improving with Q4 earnings suggesting double-digit growth in EBITDA for non-financial companies. Its latest rounds of forward looking surveys also indicate an improvement in business situation, but sentiment will be restrained on account of global factors. On a reassessment of balance of risks, the gross value added (GVA) growth projection for 2016-17 has been retained at 7.6% with risks evenly balanced.

What it means: Irrespective of whether you believe in official GDP statistics, the fact is that the Indian economy is doing better than before. This is primarily because of domestic consumption, but external risks could well be a killjoy. 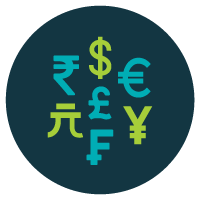 The RBI said that since the first bi-monthly statement in April, global growth has been uneven and struggling to gain traction. World trade remains muted in an environment of weak demand. Growth has slowed again in the US due to contracting industrial activity and exports but in the euro area, by contrast, Q1 GDP rose strongly due to robust consumer spending and recovering employment and business conditions. Japan surprised in Q1 as the economy escaped a technical recession, but industrial activity remains weak and deflationary pressures are building. Growth also slowed sequentially in China.

While macroeconomic stability is returning to some emerging markets, geopolitical tensions and high volatility in financial markets impede the resumption of momentum, and the outlook remains challenging. Financial markets have moved up this quarter, spurred by risk-on investor sentiment. Portfolio flows are returning, albeit hesitantly, to emerging markets.

What it means: Global economic growth remains tentative and is unlikely to push up prospects for India. But the return of global portfolio investors to emerging markets is a positive development.