Jack Dorsey gives a third of his Twitter stake to staff

Twitter CEO Jack Dorsey is giving away a third of his personal stake in the company, or one per cent, to the microblogging site's employee equity pool.

One per cent of Twitter is currently worth an estimated $198 million.

"I'm giving around 1/3 of my Twitter stock to our employee equity pool to reinvest directly in our people," Dorsey announced on Twitter on Thursday. "I'd rather have a smaller part of something big than a bigger part of something small. I'm confident we can make Twitter big!" 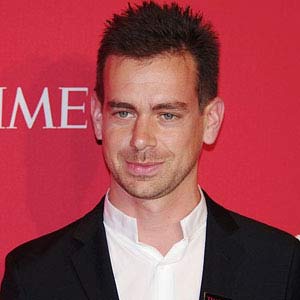 Dorsey was recently named full-time CEO while being allowed to remain the CEO of Square Inc, another company he had started. He had been serving as Twitter's interim CEO after the exit of Dick Costolo in June.

It may be recalled that Dorsey was pushed out of the CEO role in 2008 to be replaced by EV Williams, another co-founder of Twitter. Dorsey came back to the company in 2011 as the executive chairman.

According to The New York Times, Dorsey has also committed to give away 40 million shares of Square, or 10 per cent of the total outstanding stock, to Start Small Foundation last week.

The development comes a few weeks after Twitter said it would sack 336 employees globally.

"After the stick, we now have the carrot. After the decision to lay off eight per cent of staff last week, Jack Dorsey now sends a motivational signal inside the firm that he is also taking steps to retain Twitter’s talent pool," said Sotirios Paroutis, associate professor of strategic management at Warwick Business School.

Paroutis said that the move also sends a signal to investors that Dorsey is prepared to take bold decisions to make sure Twitter keeps up the pace with its innovations to market. “He now has a second chance to revive Twitter in a way that convinces its primary stakeholders that there is a viable business plan behind the firm that can help it deliver both credible user innovations and future growth," Paroutis added.

According to a recent report by tech website Recode, shares of Twitter have fallen 49 per cent over the past 12 months, fueling concerns for investors disappointed by the company’s tardy financial performance.

Investors’ worries have been compounded by Twitter’s inability to attract advertisers and grow its user base at the same pace as Facebook and LinkedIn.

Twitter has around 316 million active users, who send about 500 million tweets everyday.