Indian equity indices, so far dominated by old-economy sectors, could see a larger representation from internet companies in the next two to three years, said a report by Goldman Sachs.

In the wake of the initial public offering (IPO) rush of digital startups such as Zomato, Paytm and PolicyBazaar, the new economy’s weight in indices could rise from 5% to 12% and further to 16% in case of full inclusion.

The listings of the new-age companies could increase the aggregate revenues of MSCI India Index by 20% which is designed to measure the performance of large and mid-cap segments. 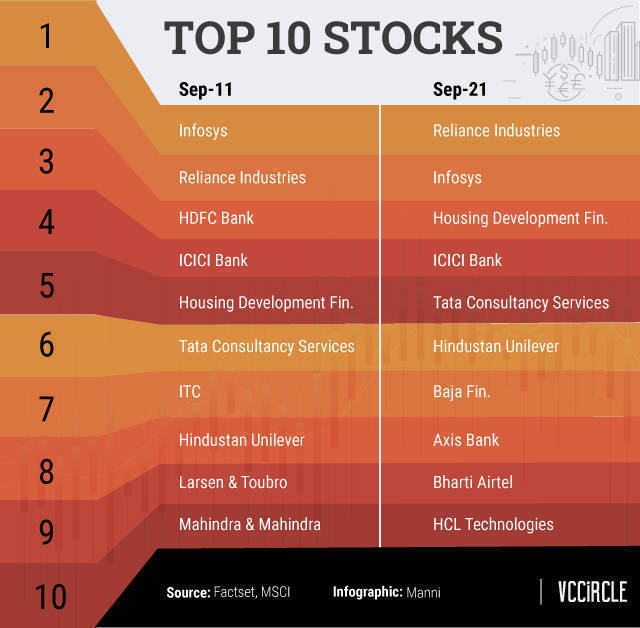 Besides, a slew of technology startups has made a beeline for the capital markets this year. Payments companies Paytm and Mobikwik, insurance aggregator PolicyBazaar and beauty e-tailer Nykaa have already filed draft papers for IPOs.

Other tech giants such as Byju's, Ola, PharmEasy, Delhivery and PineLabs are expected to formally initiate the process for their public float. India has produced a record 27 unicorns in 2021 compared to just 11 last year. Unicorns are tech startups that are valued at $1 billion and above. 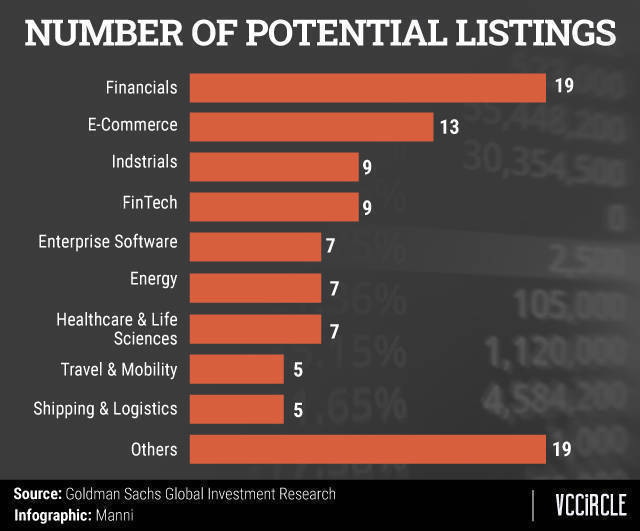 The Goldman Sachs report further said that, on a sectoral basis, consumer discretionary which includes e-commerce and internet retail and commerce services could witness the biggest expansion in weight at the expense of the commodity and old-tech software services sectors.

It said that India has raised $10 billion via IPOs this year. The IPO pipeline is expected to remain robust in the next 12-24 months, it added. Nearly $400 billion of market cap could be added from new IPOs to take India’s market cap from $3.5 trillion to over $5 trillion by 2024. This will make India the fifth-largest market by capitalisation.

So far, the Indian equity indices have been dominated by financials and old-economy sectors with relatively little change over the past decade.  For instance, business houses such as Reliance Industries, Infosys, HDFC Ltd, ICICI Bank, Tata Consultancy Services and Hindustan Unilever have featured in the top 10 stocks in the MSCI India in the past decade. 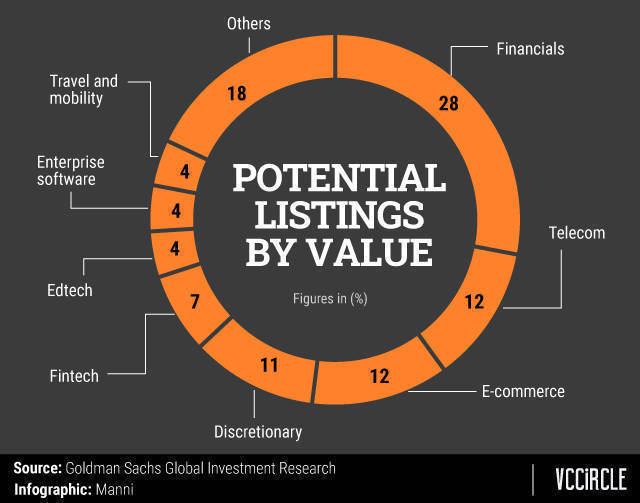 Besides, the average number of years of listing for companies in MSCI India is 21 years compared with just nine years for China.

China's new-economy sectors comprise 60% of MSCI China index, a jump of 20% from a decade ago.

Ultraviolette Auto looking at exports to EU, US