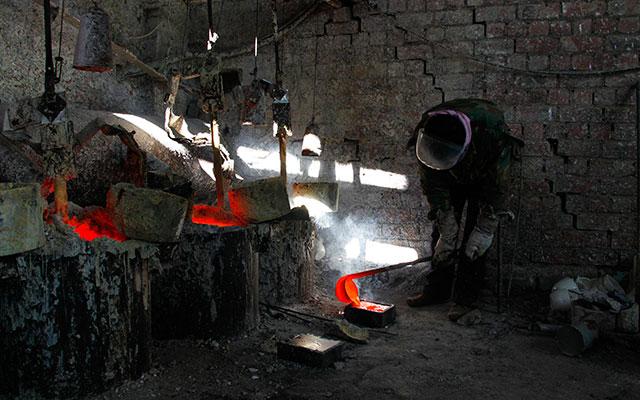 As part of its strategy to counter China’s monopoly in rare earth element production, in a first, India plans to auction one such rare earth deposit in Rajasthan.

This comes in the backdrop of India’s deal with Japan in 2010 to supply rare earths to Tokyo, after China stopped its supplies to Japan. China is the largest producer of world’s rare earth metals, accounting for 95% of 150,000 tonnes of global production and has leveraged its monopoly position as a strategic tool. 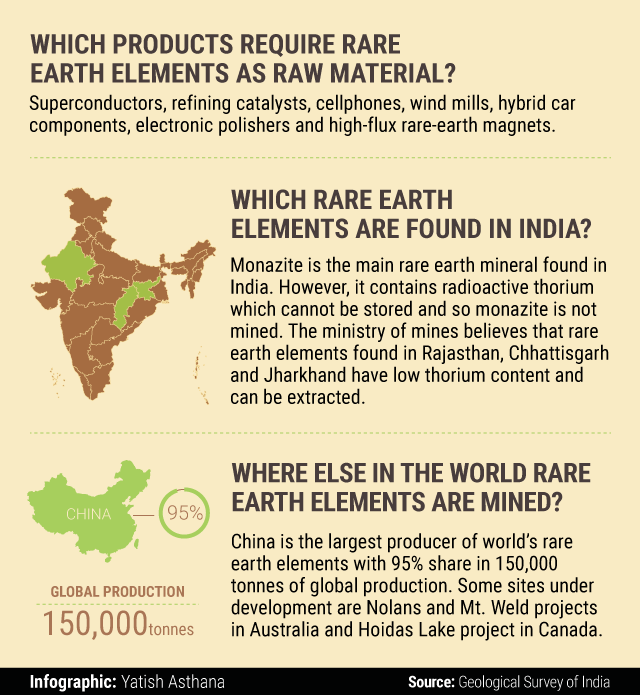 “We had a detailed discussion with GSI (Geological Survey of India) and other ministry officials on rare earths in the country. We have asked GSI to speed up geophysical studies and identify the blocks for one such deposit in Rajasthan,” India’s mines secretary Balvinder Kumar told VCCircle.

According to the game plan, India’s ministry of mines has started the process of identifying rare earth deposits and has asked its technical wing, GSI, to expedite baseline exploration work at a deposit at Barmer in Rajasthan. The ministry is keen to hasten the process to expedite the deposit’s auction.

“We are going to conduct geophysical mapping of 1,000 sq. km area in Barmer for rare earth deposits. The work will be finished in a year’s time,” said Harbans Singh, director general, GSI, adding that after the process is over, blocks can be auctioned for further exploration.

The Bharatiya Janata Party-led government is credited with setting up a template for natural resource allocation in India through coal block auctions which is now being followed for other minerals. The Mines and Minerals (Development and Regulation) Amendment Act, 2015 (MMDR) allows auction of mines bearing minerals excluding coal and lignite.

A senior mines ministry official, who was part of the discussion, said that the area under consideration at Barmer may have four-five blocks. The official requested anonymity.

Monazite is the principal ore mineral for rare earths in India. India has an estimated reserve of around 12 million tonnes (MT) of monazite in the beach sand mineral placer deposits along the coastal tracts.

“Monazite contains radioactive thorium which cannot be stored and could not be mined. However, the rare earth deposits in Barmer contain low amounts of thorium, which can be extracted,” added the mines ministry official quoted above.

State-run lndian Rare Earths Ltd (IREL), under the department of atomic energy, has been processing monazite at its rare earths division at Alwaye, Kerala. IREL has recently set up a plant in Odisha to process 10,000 tonnes of monazite per annum.

Experts welcome the government’s initiative, but stressed that proper exploration needs to be done to find out the exact reserves of rare earths before it is put up for auction.

“Given the policy framework of granting mineral concessions by competitive bidding process, it is imperative that due exploration is done until the mineral resources are established to attract meaningful and competitive interested bidders for future auction,” said Anjani Agrawal, partner and India leader-metals and mining at consultancy firm EY.