In Charts: How Kotak Mahindra Bank has flourished under Uday Kotak

One person’s problem is another person’s opportunity - or at least that’s how the saying goes. So when Axis Bank announced that Shikha Sharma, its managing director and chief executive, would cut short her tenure by more than two years and demit office by the end of 2018, there was speculation that smaller rival Kotak Mahindra Bank would acquire the private-sector lender.

A report in April by brokerage firm Nomura Financial Advisory Services even advocated such a move, saying the time was ripe for an acquisition.

Should the Uday Kotak-led lender acquire Axis Bank, it would become the second-largest private bank in the country after HDFC Bank. In the process, it would also surpass ICICI Bank, whose CEO Chanda Kochhar has been forced to go on leave until an independent probe into her conduct is completed.

Last week, we took a closer look at ICICI Bank’s performance under Kochhar and Axis Bank’s showing with Shikha Sharma at the helm. There was a common thread - bad loans surged while profits took a hit.

It’s a different story at Kotak Mahindra Bank, where profits have grown at a steady clip while bad loans have been kept in check since Kotak Mahindra Finance was converted into a full-fledged bank in 2003. 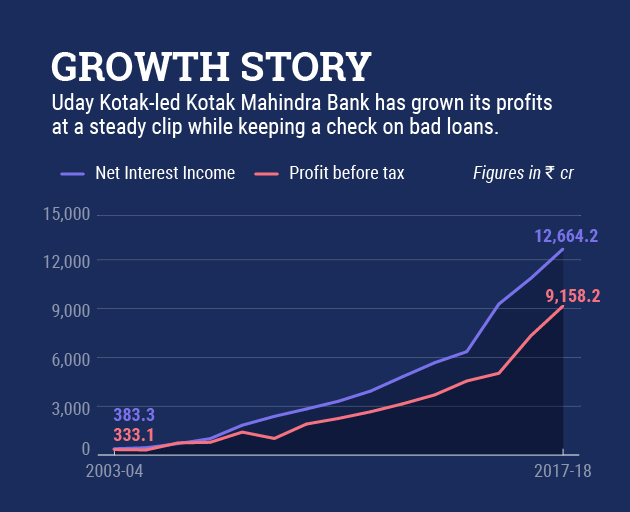 Publicly available data shows that unlike most of its peers, Kotak Mahindra Bank’s share of bad loans as a proportion of its asset book has actually fallen since rising for a couple of a years before 2010. 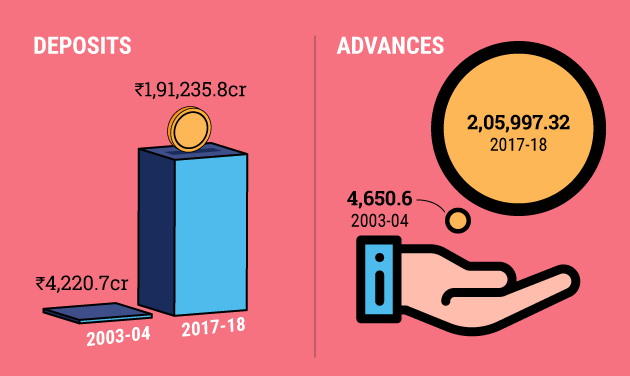 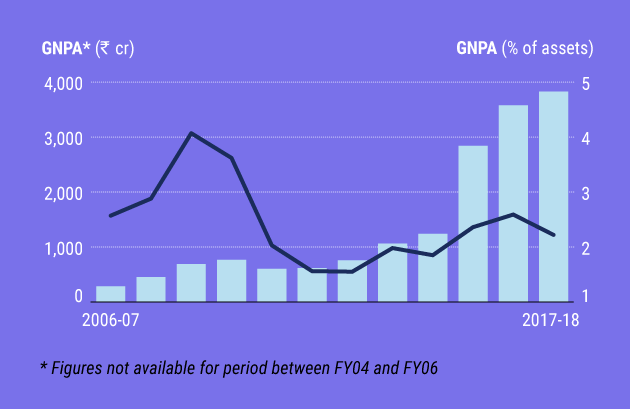 Note: In the charts above, income, profit, deposits and advances are on consolidated basis while gross NPAs are standalone numbers. Figures from 2015-16 onwards reflect ING Vysya Bank acquisition.

And it has managed this feat despite the 2015 acquisition of ING Vysya Bank, which had a higher proportion of bad loans at 6% of its asset book, which was just under Rs 2,600 crore. 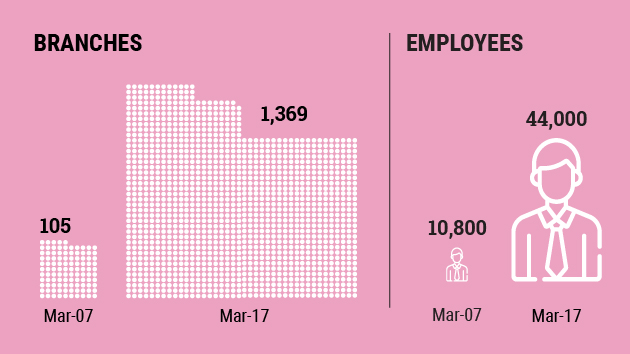 Kotak Mahindra Bank had, however, sought to shield itself from these bad loans by transferring them to a separate “bad bank.” 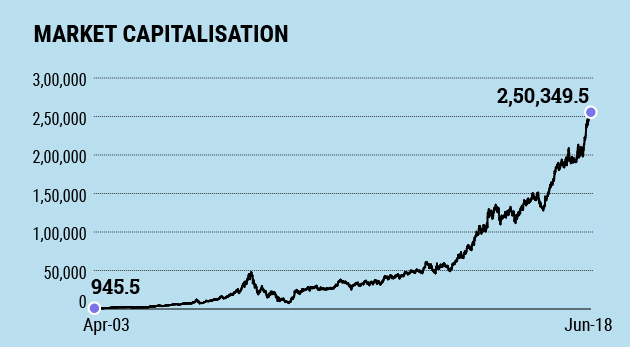 The acquisition saw the resultant entity’s advances swell from just under Rs 89,000 crore as of March 2015, to nearly Rs 1.45 lakh crore the following year.

As of March-end this year, Kotak Mahindra Bank’s advances stood at more than Rs 2.05 lakh crore, translating into a 32.46% growth in its advances in the last three years, on a compounded annual growth rate (CAGR) basis.

And this growth has resulted in a massive increase in Kotak Mahindra Bank's stock price. In fact, if one looks at the stock price data of some of India’s leading private sector banks since January 2010, it becomes apparent that Kotak Mahindra Bank has outpaced nearly all the major names including ICICI Bank, HDFC Bank, Yes Bank and Axis Bank, with only IndusInd Bank bettering its performance. 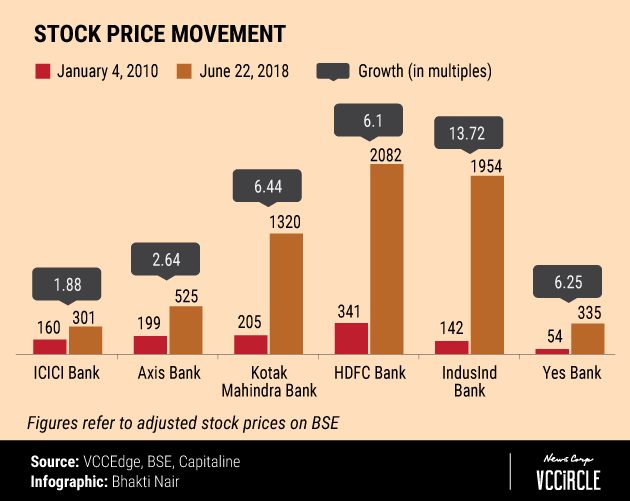 Yet, as an October 2017 report in The Economic Times pointed out, the bank had perhaps not done its homework as well as it had initially thought, as it also had to take a Rs 300 crore hit on pension liabilities from ING Vysya Bank, which it had not factored in earlier.

This oversight notwithstanding, the inorganic growth has helped Uday Kotak’s bank grow its branch network 13-fold in the last decade to 1,369, while the number of employees on its rolls have more than quadrupled to 44,000 during the same period.