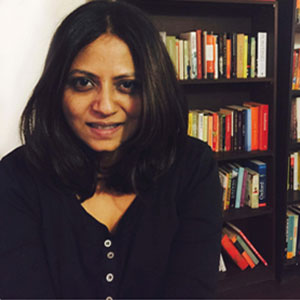 In May, when restaurant listings and services startup Zomato Media Pvt Ltd named Durga Raghunath as senior vice president, growth, it said she would work closely with the founding team on key aspects of some of its new businesses, such as online ordering and table reservations.

Raghunath’s brief stint makes it the third time that a senior Zomato executive has quit in a relatively short period even as the company continues a torrid expansion, including outside India.

In July, Namita Gupta, chief product officer at Zomato, quit after just 11 months. She had come to Zomato from Facebook where she was head of global games partner engineering. That followed Rameet Arora, who quit Zomato after just six months as chief marketing officer. He had come to the restaurant listing startup from McDonald’s India where he had been a senior director. Arora’s LinkedIn profile says he quit in January but it only became public when the company confirmed his departure in June.

Neither gave any reasons for their short stints at Zomato, which has so far raised $225 million, and has been the most active among India’s startups in spending investor money to acquire companies outside India. It is believed to be valued at around $1 billion following the fourth round of capital infusion early this month.

Raghunath’s abrupt departure, yet to be acknowledged by Zomato, is particularly puzzling. The former Network18 Digital CEO was specifically hired to be responsible for customer acquisition and retention at the global level, key elements in Zomato’s growth plans.

"There are a very few people who have a 360-degree understanding of how to run a business. I am excited to have Durga with us to keep Zomato on its growth trajectory for years to come,” Deepinder Goyal, co-founder and CEO, Zomato, said at the time of her joining.

Despite repeated attempts, including sending a detailed set of questions, Naina Sahni Parnaik, vice president, public relations at Zomato ignored requests for comments for this article.

In a recent interview about Juggernaut, Raghunath declined to elaborate on her departure from Zomato, simply saying it was “short and sweet.”

It is unclear if Zomato plans to fill Raghunath’s position or if it has filled the roles vacated by Gupta and Arora.

In July, Zomato made key organisational changes, promoting vice president Surobhi Das as chief operating officer while co-founder and COO Pankaj Chaddah became head of business. It is unclear if Raghunath's departure was linked to these changes.

While it is not unusual for fast-growing startups to go on a hiring spree, it is uncommon for senior executives to depart in rapid succession after short stints without an explanation.

As it seeks to enhance revenue, Zomato has been rapidly expanding by adding new platforms and apps. It recently launched a separate food-ordering app besides a platform that lets restaurants create and manage their own iOS and Android apps. The company formed partnerships with Uber to allow its customers to book cabs to the restaurants of their choice and Paytm mobile wallet for food ordering services. It also invested in hyperlocal delivery startups Pickingo and Grab, while partnering with e-commerce logistics firm Delhivery to enable home delivery of food from restaurants and eateries that don’t offer such services otherwise.

Founded in 2008 by IIT Delhi alumni and ex-Bain employees Goyal and Chaddah, Zomato has been aggressive in acquisitions overseas. It has acquired a dozen or so businesses and says it is present in 22 countries.