Goldman Sachs chief ’’would not invest in China’’ 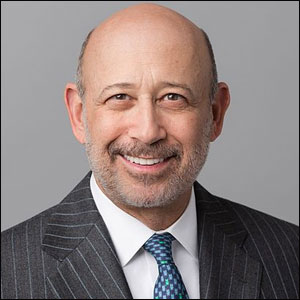 The chairman of investment banking giant Goldman Sachs has slammed China's handling of its economy, adding he would not currently invest in the country, the Wall Street Journal reported today.

Lloyd Blankfein told the paper that China's broad stock market intervention, including state-funded share buying, as it seeks to shore up slumping prices, was "ham-handed" and "sloppy".

"They don't have a lot of experience in this market stuff," Blankfein, who is also Goldman's chief executive, said of the ruling Communist authorities.

His comments come after Goldman this month said that it estimated China's economy was growing at around six percent a year, lower than the official figures of 7.0 percent for each of the first two quarters.

Some analysts fear that the world's second-largest economy could face a steep decline in expansion -- with ramifications for the rest of the world -- if it does not pull off difficult reforms to rebalance its model towards domestic consumption.

Blankfein said Chinese leaders "know what the problems are" but changes in policy would be "really hard".

He added that he "would not invest in China right now", the newspaper said.

Official figures show Chinese growth slowed in 2014 to its lowest rate for more than 25 years.

The OECD cut its world economic growth forecasts for 2015 and 2016 on Wednesday, warning of a global outlook clouded by uncertainty over China and a slowdown in Brazil.

"The Chinese authorities face the policy challenge to sustain growth while advancing structural change and managing risks," it said.