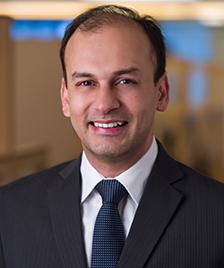 Rastogi is currently principal, one of the four in the region, and is heading investments and strategy in the financial services, healthcare, and retail & consumer sectors in the firmâ€™s Mumbai office.

â€œShantanuâ€™s extensive experience and knowledge across multiple sectors has been instrumental in helping to drive our global growth investment strategy in India,â€ said Bill Ford, CEO of General Atlantic in a release.

An alumnus of IIT Bombay, the University of Pennsylvania - the Wharton School (US), and Ecole Polytechnique Federale de Lausanne (Geneva), Rastogi started his career with McKinsey & Co India. Prior to joining General Atlantic in 2013, Rastogi was a principal at another private equity firm Apax Partners where he focused on investments in the healthcare and retail sectors. This is his second stint at the private equity firm.

The announcement comes at a time when the private equity firm recently backed PNB Housing Finance in its maiden public offer. As an anchor investor General Atlantic picked up shares worth $7 million ahead of the IPO. The private equity firm now owns a 5% stake in the associate of public sector lender Punjab National Bank.

On the day of listing, the IPO of the mortgage lender was oversubscribed by 29 times.

Along with Rastogi, the PE firm also announced the promotion of its principal Aaron Goldman as one of the managing director based out of the firmâ€™s New York office. Goldman joined General Atlantic in 2007 and focuses on financial technology investments, with a concentration on payments. In the same release, the fund also announced the promotion of Erin Chang as principal who is working at firmâ€™s Honk Kong office. Chang joined General Atlantic in 2007 and concentrates on investments in the healthcare and retail & consumer sectors.