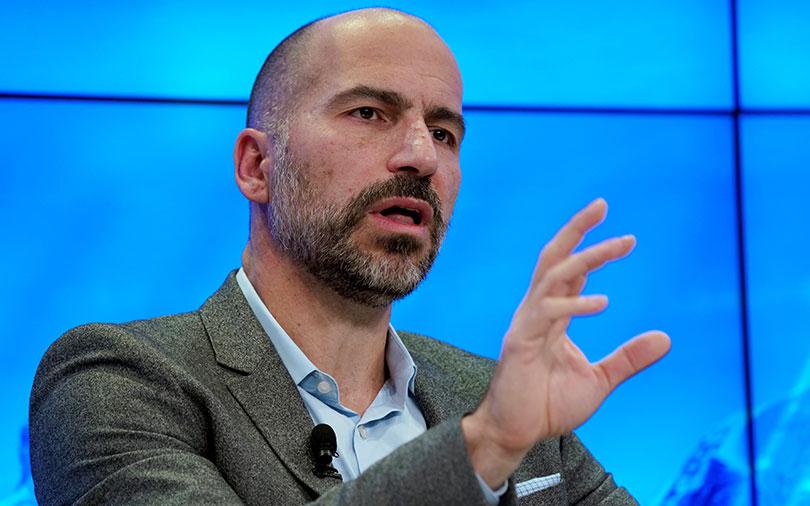 Kalanick was pushed out by the company’s board last year amid a litany of regulatory problems, driver and consumer scandals, and court cases.

“The relationship with Travis is fine but its strained because obviously there was a lot that happened in the past that wasn’t right and I think the moral compass of the company was not pointed where it needed to be,” Khosrowshahi told CNBC on the sidelines of the World Economic Forum meeting in Davos on Tuesday.

“While you don’t want to blame individuals, in the end the CEO of the company has to take responsibility.”

Khosrowshahi, however, said that Kalanick has been available as a board member to provide guidance.

Last week, a consortium led by SoftBank Group Corp took a 17.5 percent stake in Uber, mostly by buying shares from early investors and employees at a discounted valuation of $48 billion for the company.

Kalanick sold nearly a third of his 10 percent stake in the ride-services company for about $1.4 billion, a person familiar with the matter told Reuters.