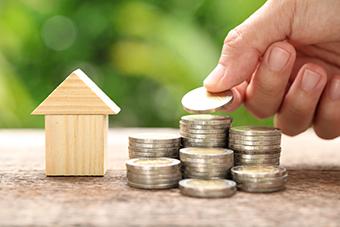 The move comes after it almost exhausted its $1.06 billion corpus for India by investing in a bunch of companies including financial services firm IIFL Holdings Ltd and Sanmar Chemicals Group over the past couple of years.

The fundraise will help Fairfax India surpass the corpus of WestBridge Capital Partners, an Indian public equities-focused private equity firm which manages the single-largest PE fund vehicle ever created for investing in the country across sectors. WestBridge increased its corpus to $1.4 billion last year.

Fairfax India, a PE-style investment firm, had last year raised $561 million more through an initial public offering to take its corpus to $1 billion.

Fairfax India said in a statement that the fresh fundraise involves mobilising about $150 million by selling shares to the public and $350 million through a private placement of shares to Fairfax Financial and OMERS, the pension plan for Ontario’s municipal employees.

Fairfax Financial and OMERS will acquire 12.7 million and 17 million subordinate voting shares, respectively, at the same offer price. The offerings will close by 13 January 2017 subject to approvals.

Fairfax India said it will rely on Fairbridge, Fairfax’s wholly owned India-based investment adviser, as a portfolio adviser. The Fairbridge team is led by former Candover India chief Harsha Raghavan. Fairbridge has played an active role in advising investments in India since 2011, including Fairfax's majority stake acquisition in Thomas Cook and proposed merger with Sterling Resorts.

Earlier this year, it signed an agreement to invest in GVK-run Bangalore International Airport. In April, the firm invested $250 million in Sanmar Chemicals Group as part of a larger deal.

Separately, Fairfax Financial has put in more money into the country as it raised its holding in general insurance firm ICICI Lombard. Fairfax Financial also owns a majority stake in Thomas Cook, a travel and tour operator, and through it controls business services firm Quess Corp.

In July, Fairfax India acquired a 51% stake in Privi Organics Ltd for about Rs 370 crore in its sixth deal in the country within a year.

The same month, Quess Corp made a stellar debut on stock exchanges after an IPO that was heavily oversubscribed. Fairfax is also reported to be in talks to acquire a 51% stake in Catholic Syrian Bank.