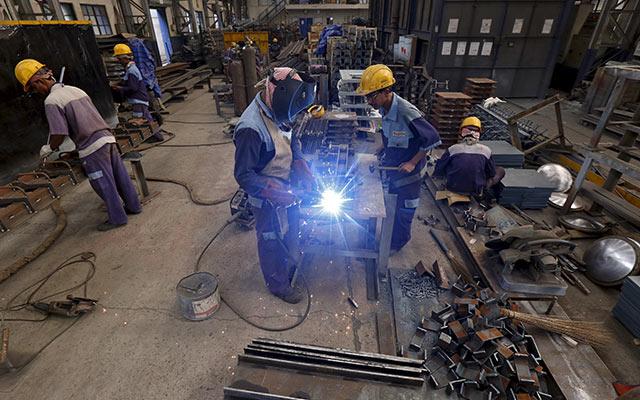 India’s factory output rose 5.7% in November, compared with 1.8% decline in October, while retail inflation declined to 3.4% in December from 3.6% in the month before, official data showed on Thursday.

The Index of Industrial Production (IIP) or factory output data surprised many as economists had predicted slower growth due to impact of demonetisation drive announced in the same month.

“In my view this could be because of a base effect and this trend might get reflected in the December data too. In certain cases like the auto sector or electrical machinery, the growth could be one off case where couple of big orders might have come in,” said Madan Sabnavis, lead economist, CARE Rating.

Economists had predicted a 3% month-on-month decline in the IIP. This was based on the fact that most high frequency indicators such as vehicle sales, purchasing manager’s index (PMI), and core industries dipped following the demonetisation drive. But in year-on-year terms, the IIP numbers were expected to register a 0.5% growth because of lower base.

“Contrary to our own projection of -1.2% for December (even over a negative base year growth last year), overall growth has come at 5.7%, which is the highest for any month this year… The main impetus has come from two segments one of which has been a drag on industrial growth so far — capital goods besides consumer goods,” said Anuja Shah, economist, Care Ratings.

One would have to wait for December IIP data to be certain of the neutral impact of demonetisation. “It would be premature to conclude that demonetisation did not have an impact as the data on physical production numbers for auto and infrastructure sectors do show lower production numbers for November when compared with October, but are getting magnified when compared over 2016,” Shah added.

Meanwhile, retail inflation hit a two-year low at 3.41% in December, compared with 3.63% in November as vegetable prices continued to contract. With inflation averaging under the 4% mark in the past three months, which is below the Reserve Bank of India’s (RBI) 5% target for March 2017, the hopes of a rate cut in February have resurfaced.

“CPI came in as expected at 3.4%, which is slightly lower than our forecast of 3.6%. The low inflation is due to lower food prices with vegetables and pulses witnessing a drop in price indices. This is due to both higher production entering the markets and possible distress sale at mandis due to the cash position,” said Rucha Ranadive, associate economist, Care Ratings.