Roppen--which had previously raised funding to expand operations of its other product theKarrier, an online aggregator of mini trucks for intra-city transport--is now raising a pre-Series A round for Rapido.

Mumbai-based angel fund Astarc Ventures has already invested in Roppen and the company is in final stages of closing the funding round with other investors, a spokesperson for the firm told VCCircle. The larger deal is likely to close next week.

The startup will use the funds for hiring the core team and expanding to other cities such as Delhi and Hyderabad. It is already offering free rides in parts of Delhi. 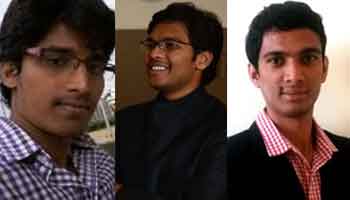 Rapido launched its operations in Gurgaon last month. It claims to have about 45,000 registered users in Gurgaon and Bangalore and executed about 1 lakh rides till date.

Roppen’s other venture, theKarrier, was launched in December 2014. In May 2015, Roppen raised its first round of funding of Rs 1.5 crore ($240,000) from early-stage investment firm Sol Primero, OutBox Ventures and Nikunj Jain, founder of Frankly.me, for theKarrier.

Astarc Ventures is an angel fund created by Mumbai-based diversified group Astarc Group. While Astarc's investment in Roppen is not known, its average ticket size has been $300,000 in return for 5-20 per cent stake. Some of its investments include online home decor solutions firm Foyr.com, Bangalore-based virtual reality startup Absentia, food-tech firm TravelKhana and health-tech startup PharmEasy. It is likely to close two more deals this month.

Bike taxis are gaining traction despite regulatory hurdles especially in the national capital after the Delhi government launched the Odd-Even scheme where four-wheelers with odd and even numbers can ply only on alternate days. Ever since the Odd-Even scheme was first launched in Delhi in January, the concepts of carpooling, ride-sharing and bike-pooling have come into public consciousness and caught investors' attention.

Rapido says it will use the Odd-Even scheme as an opportunity to grow its customer base and will work more as a bike-pooling service. "A lot of bike-pooling apps have launched because of this Odd-Even framework. For the Odd-Even project, we are running free rides from Malviya Nagar and Hauz Khas metro stations in Delhi for last-mile connectivity for the two weeks when it will be in operation,” said Aravind Sanka, co-founder, Rapido. “We have also increased our fleet size from 40 to 80 in the last week, as we are expecting high demand of the services during this time.”

Rapido follows a host of bike taxi operators to raise funding as investors back the startups that are addressing connectivity problems in overcrowded cities.