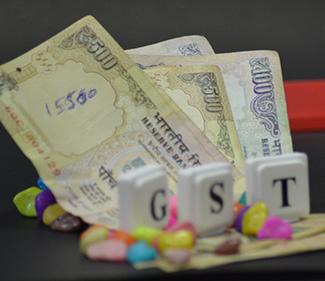 The government is reportedly set to bring petroleum products under the ambit of the Goods and Services Tax (GST), which is likely to be implemented from the next financial year.

Citing government officials it didn’t name, The Economic Times reported that petroleum products, including some intermediate crude products, could be ‘modestly’ taxed under the GST, which will overhaul the indirect tax regime in the country.

If this happens, the only major product category left outside the GST’s ambit will be alcoholic beverages. The report, however, cites few details on what the tax rate on petroleum products will be.

Meanwhile, the opposition Congress party is set to begin consultations with chief ministers and finance ministers of states it rules to determine the party’s proposal on the GST rate, another report in The Economic Times said. The party wants to evolve a consensus among all the eight states its rules, so as to present a united front during the meetings of the GST Council, which will take a call on this issue.

The council, headed by the Union finance minister and comprising his state counterparts as members, is set to meet on 23-24 September for the first time. The Congress has been pitching for an 18% GST rate, saying a higher figure could be inflationary.

Meanwhile, a Business Standard report said the weather department may have got its monsoon predictions wrong once again. While the India Meteorological Department (IMD) had predicted normal to higher than normal rains, the southwest monsoon has been 5% below normal till 13 September.

The report, however, said the department has stuck to its original forecast, hoping that rains were likely to revive over northwest and central India during September. Failing this, the IMD will have to revise its estimates. The country has been reeling under the effects of drought-like conditions in the last two years, which have seen agricultural prices soar, leading to retail inflation staying above the 5% mark.

A report prepared by the Reserve Bank of India (RBI) has said that four states—Andhra Pradesh, Gujarat, Maharashtra and Tamil Nadu—accounted for more than half the projects funded by banks and financial institutions during 2015-16, leaving the more populous northern states behind. The Indian Express reported that Andhra Pradesh, which is building a new capital, alone cornered 16% of the funding, with Maharashtra and Gujarat following closely with 14.8% and 14.5% of the investment, respectively.