​How the mobile phone rewrote the rules of branding in 2015

It’s not easy to look back at any year. These are hyperactive times, so much happens, happens in waves and what is trending today is consigned to the dustbin the next day. Yet, if there was one recurring theme across the year, then it was the dominance of mobiles in our lives.

Even in the world of brands, mobiles have defined the rules and ruled the trends. Powered by mobiles, the whole landscape of branding is transforming. I will remember the year for three big trends: the rise of apps, the rise of long format and the decline of privacy.

The app attack: Is there anything that is not an app? It is unimaginable how just a year back we were living happily with minimal apps. Today, from grocery to movies, from coffee to dinner, from picture to live streaming, from vanity to health, everything is an app. 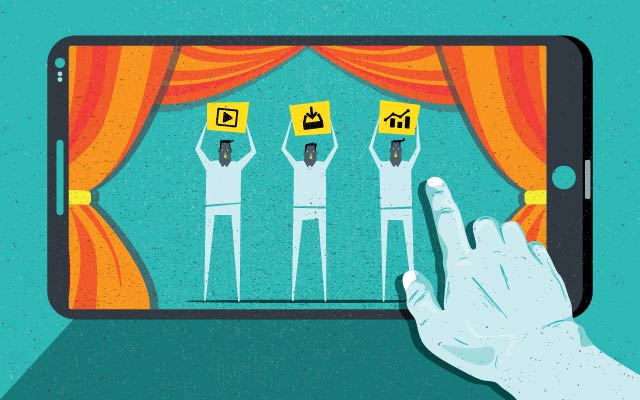 Fashion has moved to apps in a big way. It's not just about showcasing fashion, it's also about chat and social networking. Finding a doctor to reading what their patients say to exploring the latest hairstyle and who has the coolest stylist have all become an app.

The phone in your hand is no longer a tool of connection. The phone no longer even defines you, it’s the apps on the phone that define you. Early this year, video got the same mobility as pictures with Meerkat and Periscope. By the end of the year, mobile redefined election campaigns across the world. The Canadian PM's campaign was built for mobiles, and the Bihar elections used mobiles to deadly effect.

Today, the social network of choice is WhatsApp and not Facebook or Twitter. The app attack will redefine life in the coming year with brands converting offline trade to online connections.

On the face of it, this has little to do with the world of communication and has more to do with cyber security. Imagine if the brands, instead of comparative advertising and challenging communication, started to dig into each other’s user base. Today, remarketing cookies let a brand troll the user across the entire web. Now imagine if the rival brands start to troll you in real time with competing offers? Last I heard, there is a TV serial being made on this.

The long-format impact: Raveena Tandon, Manoj Bajpayee, Radhika Apte, Amit Sadh, Konkana Sen, Raima Sen, Sujay Ghosh have all been part of long-format films this year. Unlike the long-format ads that were being made in the last few years, this year was the year of films that are independent of brands overtly.

Oyo Rooms and Urban Ladder had films that were almost non-brand ads. Large Short Films, a Royal Stag-sponsored platform, has turned short films into a branded content story. Sujay Ghosh’s Ahalya garnered 5.5 million views just on YouTube, and might have been millions more on WhatsApp.

Mobiles have migrated the viewers off the TV screens. They don’t need to wait for the telecast time, and there is a near instantaneous fulfillment to the desire. The mobile is allowing users to see what they want when they hear about it in the time and space they are in. Long-format stories are here to stay for a while.

Clearly, 2015 will remain the year when mobile came into being in a big way. As it happens always, the rise of mobiles was not driven by brands, but was driven by consumers finding ways to integrate them in their lives. If the brands plan smart interventions, mobiles will become the predominant turf for brands to live on.

Bang in the Middle
SHARE
Leave Your Comment(s)
People