Alibaba bankers exercise green shoe option, pushes IPO to biggest ever worth $25B 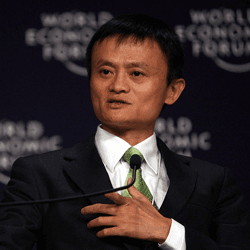 Chinese e-commerce giant Alibaba closed its initial public offer (IPO) through issue of American Depository Receipts (ADR) on the New York Stock Exchange raking in a record $25 billion in the biggest ever public float of any company ever as its bankers exercised the underwriting option.

The green-shoe option raised an additional $3.26 billion, just under half if it going to selling shareholders Yahoo, founder & CEO Jack Ma and co-founder Joseph Tsai.

This takes total moolah encashed by Yahoo to $9.52 billion while Ma got $1.05 billion from the IPO.

SoftBank, which did not sell any shares, remains the single-largest shareholder with 32.4 per cent holding post issue.

Earlier, Alibaba had a dream debut shooting up 38 per cent on debut and a market cap of $232 billion at the end of day 1, more than the combined value of Amazon and eBay. Click here for more.

Alibaba surpassed the previous biggest public float also by a Chinese firm where Agricultural Bank of China raked in $22.1 billion in 2010.