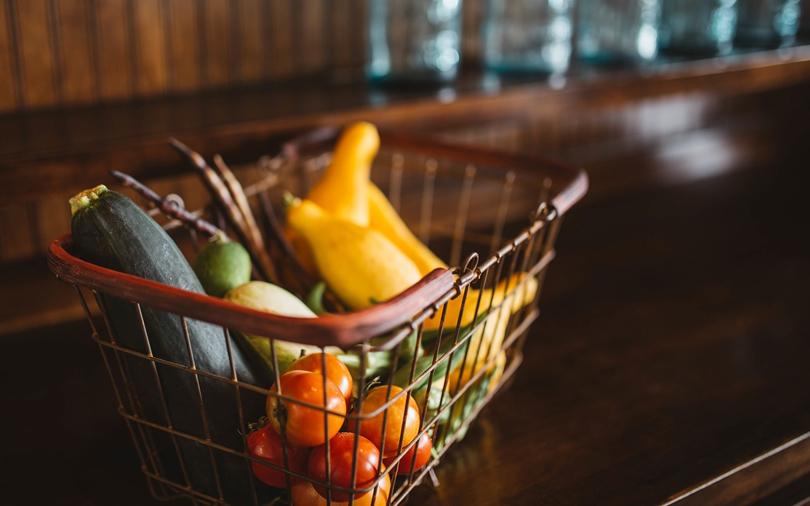 What are the keys to success in the grocery delivery business? BigBasket co-founder Hari Menon thinks a deep understanding of the sector is more important than technology. Supply chain, procurement and inventory management are crucial for scaling and making profits, he says. Lastly, Menon thinks that strong linkages between offline and online are crucial for such businesses to be successful.

Menon can certainly claim to be an authority on these matters, given that his online grocery startup is on the cusp of getting the coveted unicorn tag (valuation of $1 billion) after raising $300 million from Chinese internet giant Alibaba last week.

For India's grocery segment, it is Menon's point about the synergy between digital and brick-and-mortal retail stores that is most pertinent and could define the near future.

It's also why a supposed recent meeting between Future Group's Kishore Biyani and Amazon's Jeff Bezos generated significant buzz in the retail industry. Incidentally, Biyani had also met Alibaba officials a few weeks ago, according to The Economic Times.

It's been more than seven months since e-commerce giant Amazon received a licence to run an online grocery business in India. There has been no full-fledged launch so far and analysts say its two nascent grocery offerings under Pantry and Amazon Now have not scaled up.

That would explain Bezos' meeting with Biyani, whose Future Group controls more than a third of India's organised food and grocery market.

Everyone wants a piece

The sector's attractiveness is obvious.

"Grocery is a huge segment and creates stickiness like nothing else," said Satish Meena, senior analyst with market research firm Forrester Inc. "Customers will open the app [for groceries] more than thrice a month."

Meena says the grocery segment is a priority for Amazon globally and its acquisition of US supermarket chain Whole Foods for $13.7 billion last year showed intent.

But what will it take to succeed in India?

In a report last month titled India Predictions for 2018, Forrester stated that both offline and online retail firms had overestimated the Indian market in their initial days.

"The next stage of growth has to come from a mix of both," the report said. "We expect investment in offline retail by both online and offline players with clothing, grocery and furniture among the most important segments for these players."

With Alibaba's recent investment in BigBasket and the significant stake it holds in Paytm's e-commerce arm, there could potentially be a three-way contest for the online grocery market in India.

Flipkart, India's largest e-commerce company, is running pilots in Bengaluru for its foray into groceries. It is uncertain, however, as to when it will be able to challenge the existing players. But experts see SoftBank possibly arranging a marriage between Flipkart and online grocer Grofers, given that the Japanese conglomerate is the largest investor in both companies.

Grofers wants capital and Flipkart has a lot of it, meaning the duo could strike a partnership to take on Amazon. A recent report suggested that US retail giant Walmart may pick up a significant minority stake in Flipkart. On Thursday, The Times of India quoted people familiar with the development as saying that the world's largest brick-and-mortar retailer was willing to double Flipkart's valuation to $20 billion as part of an offer to buy a big stake.

According to Forrester's Meena, integrating offline and online is essential given that e-tailers saw growth slowing down last year.

Future Group's Biyani has long maintained that he will not venture into e-commerce until he sees a route to profitability. Meena thinks this could be his chance to finally bet on the platform.

Biyani's Big Bazaar already has a tie-up with Amazon for delivery groceries and perishables on its Amazon Now platform.

"Every online player wants an offline presence and most big organised retail offline players want an online presence," said Harish HV, partner at consultancy firm Grant Thornton. "It makes some sense for these players to work together for procurement and fulfilment. Most grocery stores in India do home delivery and have that infrastructure ready."

BigBasket's Menon thinks the Indian market is big enough to accommodate three giants--Alibaba, Amazon and Flipkart. Incidentally, before striking a deal with Alibaba, BigBasket had rejected a 100% buyout offer from Amazon.

"This is definitely a mass-market business," he told VCCircle. "There is no shred of doubt that all the three players have the capability to crack it. We obviously realise that it is unwise to believe that we will be the only market leaders in this space."

Menon said competition will be good for the sector. "This will create more favourable noise and will induce more people to go online. There is still a large section of a population out there who haven’t moved online because of sheer inertia," he added.

But are partnerships the way forward? Forrester's Meena doesn't think so.

"The integration has to be deep and operations run tightly. The margins are low and volumes have to be high. If you take a lead in the online grocery business, you create long-lasting customer relationship that will drive other businesses too," he said.