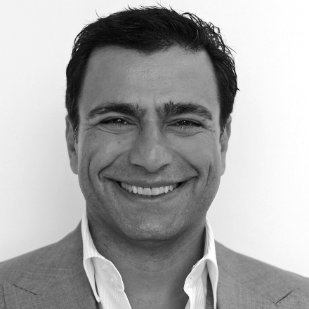 Jack Dorsey, Twitter's co-founder and newly appointed full-time CEO, announced the appointment on Twitter. "Omid is a proven & experienced leader, who will directly help & coach me and our leadership, and help us recruit the best folks to Twitter," he tweeted.

Kordestani joined Google in 1999 and was appointed as the chief business officer after Nikesh Arora left the search giant to join Japanese telecom and internet conglomerate SoftBank.

Kordestani also took to Twitter and said he was excited to work towards growing the company's business. "It’s rare you get to be at a company with an amazing business that’s also transforming the world," he tweeted.

The appointment was announced just a day after Dorsey said the company was laying off 336 employees as part of a restructuring exercise.

The big churn at Twitter takes place a week after co-founder Dorsey was named full-time CEO while allowing him to remain as the CEO of Square Inc, another company that he had started.

According to a recent report by tech website Recode, shares of Twitter have fallen 49 per cent over the past 12 months, fueling concerns for investors who have been disappointed by the company’s tardy financial performance.

Investors’ worry has been compounded by Twitter’s inability to attract advertisers and grow its user base at the same pace as Facebook and LinkedIn.

Twitter has around 316 million active users, who send about 500 million tweets every day.