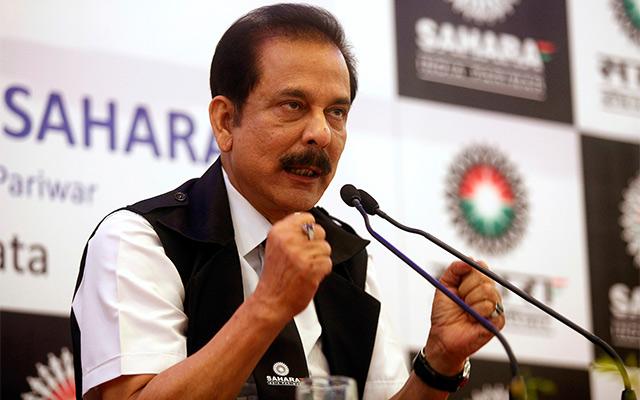 The Supreme Court today cancelled all interim relief including bail granted to Sahara chief Subrata Roy and two others and directed them to be taken into custody.

A bench headed by Chief Justice T S Thakur got infuriated when senior advocate Rajeev Dhavan, appearing for Sahara, said they have not been involved in the process of selling of properties by Securities and Exchange Board of India (SEBI).

"If you want to be heard, you go to jail. Don't tell us what to do. All interim arrangements stand cancelled.

Condemners are directed to be taken into custody," the bench, also comprising Justices A R Dave and A K Sikri, said.

The SEBI counsel said the list of properties given by Sahara to them were those which were already attached.

To this, the bench told the Sahara counsel "You gave a list of properties which are already attached and you are not cooperating. It's better you if you go to jail."

The bench asked Sahara chief to deposit Rs 300 crore to be allowed to remain on bail.

Dhavan then suggested that the matter be posted for hearing on September 30 when they would argue on it.

Soon after the bench passed the order directing that Roy and the others -- Sahara directors Ashok Roy Choudhary and Ravi Shankar Dubey, be taken into custody, Sahara withdrew its counsel and apologised before the bench.

The Chief Justice said that some people play with the dignity of the court and there are some lawyers who are disrespectful towards the court.