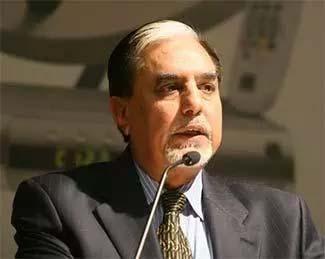 After the merger talks between the two firms turned sour, both the companies have been up in arms against each other. In December, Zee Learn said it is scrapping the merger talks with Tree House, citing media reports that said Tree House is closing down ‘hundreds’ of its playgroup centres as well as the latter’s worsening financials.

Bhatia has alleged that the shareholder complaint filed against him at the Economic Offence Wing of the Mumbai Police is nothing but a pressure tactic used by the promoter of Zee Group to forcefully acquire his business.

“After a failed attempt by Subhash Chandra Goel (SCG), the influential promoter of the Zee Group, to take over the management of my company, Chandra has used his frontman Pranay P Dhelia and under his influence, lodged a complaint with the EOW,” Bhatia said in a stock exchange filing.

In a complaint filed with EOW, Prism Coomdeal director Pranay P Dhelia had accused Bhatia of cheating worth Rs 5.90 crore by falsifying accounts.

“During November 2015, I had a meeting with SCG through Ganesh of Inga Capital wherein SCG discussed the possibilities of merger of his company Zee Learn with Tree House for the share exchange ratio of 53 shares of Rs 1 each of Zee Learn with 10 shares of Tree House,” Bhatia said.

“Zee Group’s front companies had acquired 40 lakh shares representing 9% capital of Tree House through the stock exchange and Prism Commodeal Pvt. Ltd was one of the buyers of the shares,” he said in the filing.

“After the acquisition of above referred shares, SCG started putting pressure on me to agree for an exchange ratio of 1:1 for the merger of both the companies knowing well that business module wise Tree House is much better than Zee Learn and that was the only attraction to acquire Tree House by hook or by crook,” Bhatia said.

A spokesperson of Zee Learn said, "Zee Learn had withdrawn from the merger process with Tree House in the backdrop of steadily deteriorating financials of Tree House, alleged irregularities by Tree House promoters and adverse media reports of closing down of significant number of Tree House schools."

The merger process of ZLL and Tree House was not even half way through and approvals from courts, shareholders, lenders and other authorities were still pending as of then and the board of ZLL felt that the changed business dynamics at Tree House would be detrimental for the shareholders of ZLL if the merger was taken forward, the Zee Learn spokesperson added.

In January, the Mumbai-based Tree House had decided to change its business model from a self-operated chain of preschools to a franchisee model to generate more cash for the company. The company had to change its strategy as many of its schools were facing closure due to a financial crunch.

According to the company website, it has 636 centres across 96 cities in the country. It also offers consultancy services and operates 24 K12 schools that run classes from kindergarten to 12th grade.

Email queries sent to Subhash Chandra as well as Zee Learn did not elicit any response till the time of publishing thus report. Phone calls made and emails sent to Tree House promoters remain unanswered.