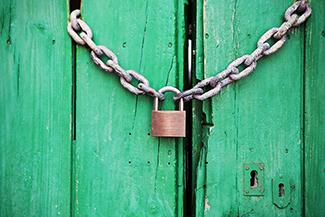 Diversified consumer services firm SRS Ltd has decided to put its multiplex business on the block to trim debt and has appointed a banker to scout for potential buyers, according to a media report.

The firm has hired SBI Capital to sell SRS Multiplex, which operates under the SRS Cinemas, The Economic Times reported citing a top executive of SRS Group.

The banker will initiate technical bidding for SRS Cinemas on Friday, which would be followed by negotiations on financial bidding.

The group has businesses in jewellery, commodities, retail, hospitality, financial services, real estate, education and healthcare sectors. It had demerged its cinema exhibition under wholly owned subsidiary SRS Cinemas and Entertainment Ltd in 2013. However, the primary revenue generator category for the diversified group has been jewellery.

There has been a raft of deals over the past several years in the cinema exhibition sector. A recent deal involved Mexican cinema operator Cinepolis buying seven screens from real estate company DLF. Cinepolis, PVR Ltd and Inox are the major multiplex chain operators.

All these firms are betting on under-penetration of multiplexes in the country. Even though India produces more movies than any other country in a year, the number of screens per person is just a fourth of China’s. The market is still dominated by standalone single-screen theatres. Just about a fifth of the total cinema screens in the country are part of a multiplex.

According to PricewaterhouseCoopers’ Global Entertainment and Media Outlook 2016-20, the Indian media and entertainment sector grew 12% to reach Rs 1.68 trillion in 2015. This sector is projected to grow at a compound annual growth rate of 13.9% to reach Rs 1.96 trillion by 2019.