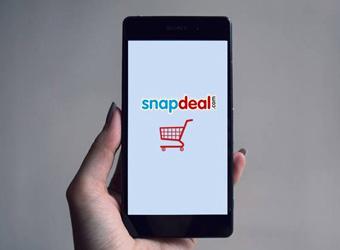 A group of sellers on online marketplace Snapdeal has approached commerce minister Nirmala Sitharaman to protect their interests as the company’s troubles mount.

The All India Online Vendor Association (AIOVA), an industry group set up to safeguard sellers’ welfare, said in a letter to Sitharaman it was afraid that Snapdeal may default on payments to the sellers.

According to the letter, reviewed by VCCircle, the association estimates that in any given month, Snapdeal holds Rs 300-400 crore in the form of outstanding dues and goods in transit or refunds.

“There is no law or regulation in the country which safeguards this money which is collected by the marketplace. This money can be easily siphoned off by the promoters, investors, founders etc in vanity activities which has led to the company’s downfall,” the letter said.

SoftBank Group Corp-backed Snapdeal didn’t respond to an email seeking comment till the time of writing his report.

Snapdeal, operated by Jasper Infotech Pvt. Ltd, has been under the scanner lately for job cuts, senior-level exits and shutting down of some operations. Earlier this week, it decided to lay off 500 to 600 employees across the e-commerce marketplace, mobile wallet FreeCharge and logistics wing Vulcan Express.

The industry group had, in September 2016, met with the commerce minister to discuss the outstanding payments of sellers after e-commerce firm AskMe shut down.

Separately, news portal Moneycontrol reported that only 10% of Snapdeal’s seller base is active. Many of these vendors haven’t sold a single product in the past year, it said.

Last year, Snapdeal claimed to have about three lakh sellers on its platform.

In a similar case of non-payment of dues, fashion e-tailer Voonik was embroiled in a legal tussle last month with some Gujarat-based vendors. A group of garment sellers had filed a complaint against the firm, alleging that it owed them collective dues of about Rs 2.44 crore. Voonik had denied the charges and filed a counter-petition against the sellers.