Poonawalla to buy Lincoln House for about $113M 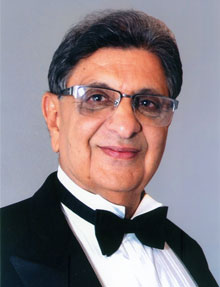 Pune-based billionaire industrialist Cyrus Poonawalla, the chairman of Poonawalla Group that includes biotech company Serum Institute of India, has agreed to buy the iconic Lincoln House in the Breach Candy area of south Mumbai for around Rs 750 crore (approximately $113 million), according to several media reports.

This is the largest ever private property deal in the country's financial capital. Mumbai is the top realty market by value of transactions.

The sprawling three-storey house is reportedly being sold about Rs 100 crore below its initial reserve price of Rs 850 crore. The two-acre Grade-III heritage property has a built-up area of around 50,000 sq ft.

The house was built in 1933 and was earlier owned by the Maharaja of Wankaner until 1957, when it was leased to the US consulate. British architect Claude Batley had designed Lincoln House.

It was put on the block in 2011 after the US Consulate shifted to its new premises in the Bandra-Kurla Complex.

The high-profile deal comes within a week of industrialist Kumar Mangalam Birla buying Jatia House, the iconic Malabar Hill bungalow at Mumbai which was bought by industrialist MP Jatia in 1971 from Meher Cawasji Vakeel, in a deal worth Rs 425 crore (approximately $63 million).

Jatia House, which has Burma teak wood interiors, numerous gardens and offers a sea view in one of Mumbai's most revered residential localities, is also next door to Mehrangir, the landmark Bhabha House, the home of late Indian nuclear physicist Homi J Bhabha.

According to Forbes’ March 2015 rankings, Poonawalla's net worth is $6.6 billion; he is ranked 11th richest person in India. He did his schooling from The Bishop's School in Pune, and later graduated from Brihan Maharashtra College of Commerce, University of Pune, in 1966.