Exits in January-August 2021 have totalled $30.7 billion, surpassing the previous high of $27 billion seen in 2018, an IVCA-EY report said on Wednesday.

Investors that exited via strategic sale were the highest in terms of value and volume in August 2021 at $3.2 billion across 13 deals followed by exits via secondary sales worth $2.3 billion across six deals. 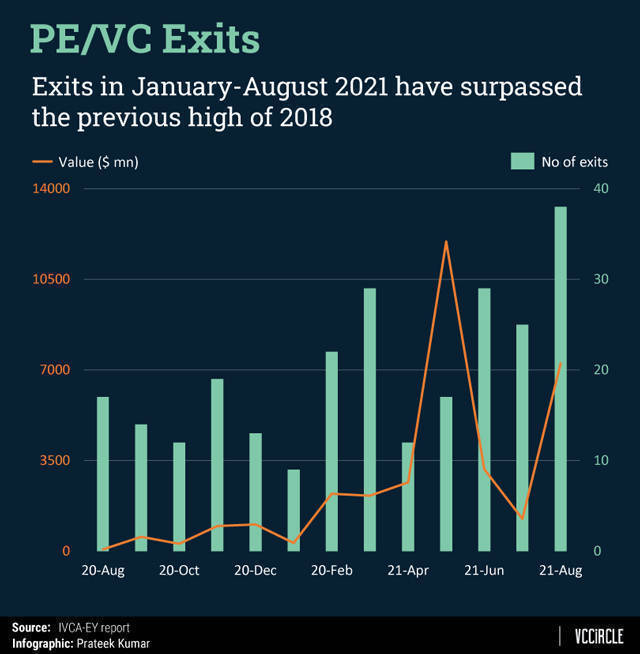 There were seven PE-backed IPOs in August 2021 which saw investors cash out $881 million through offer-for-sale (OFS).

One of the largest exits in August 2021 saw General Atlantic, TA Associates, Temasek, and other early investors sell their stakes worth around $2.9 billion in Billdesk to Prosus.

August 2021 also recorded the first SPAC listing by an Indian company wherein ReNew Power was listed on the NASDAQ via a merger with RMG Acquisition Corp II.

Among overall sector-wise trends and deals, financial services and consumer sectors have remained as the top sectors for PE/VC-backed listings.

Sequoia Capital India had the highest number of portfolio companies that went for an IPO which include Indigo Paints, Stove Craft, Craftsman Automation, and Zomato; followed by Temasek with three IPOs and Warburg and IFC which had two each.

With the likes of Nykaa, Grofers, Flipkart, Pepperfry, and other unicorns looking to go public, the pipeline of IPO-bound startups is quite strong.

In terms of deal type, buyouts were the highest in August 2021 at $4.7 billion across 11 deals, a rise of eight times from last year.

Investments by private equity and venture capital funds in August 2021 totalled $10.7 billion across 137 deals, an increase of almost five times from last year. 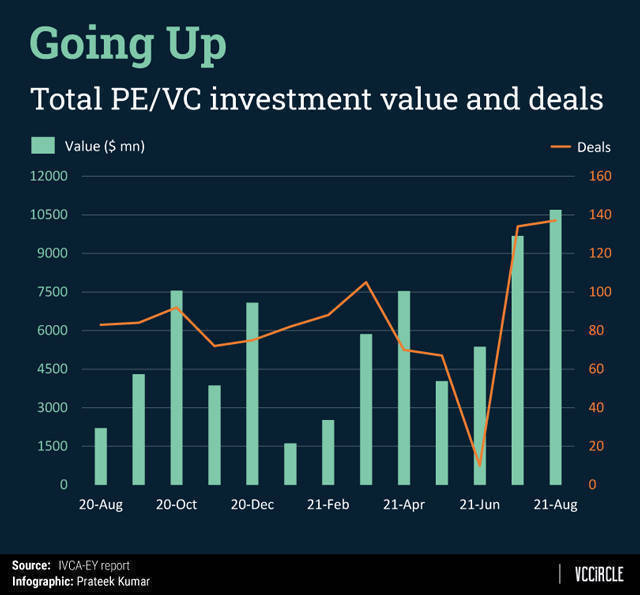 Financial services have quickly caught up after the pandemic to emerge as the top sector in August 2021, recording $2.2 billion versus $1.2 billion a year ago and $435 million in July 2021. 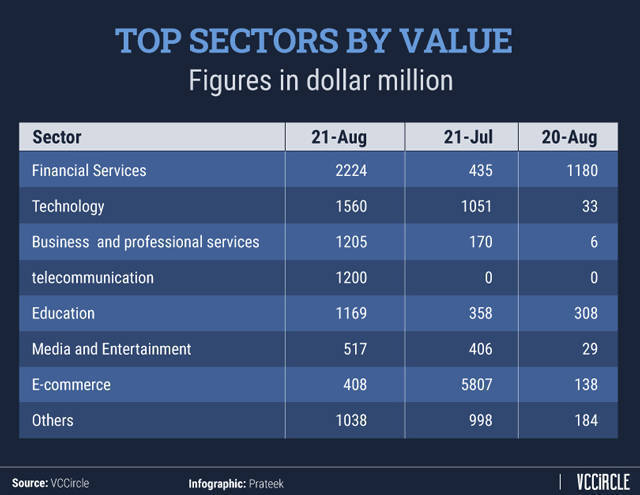 E-commerce has dominated investor interest in 2021, recording $11 billion and accounting for 23% of all investments this year.

To date in 2021, PE/VC investments have recorded $47.3 billion, 13.7% higher than the previous high recorded in 2018, said Vivek Soni, partner and national leader of private equity services at EY. 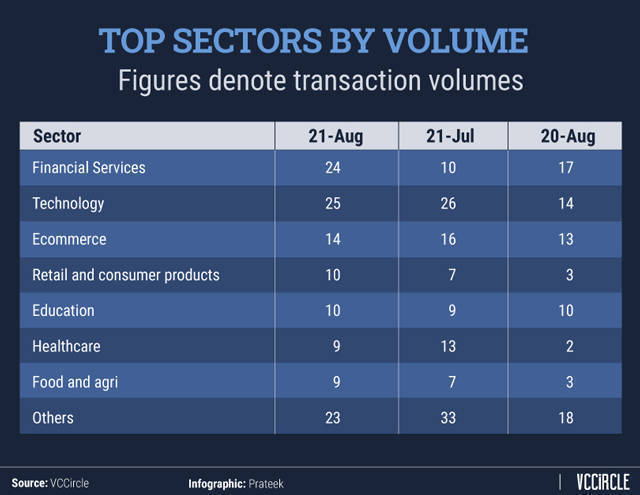 In July 2021, PE/VC investments touched a record high driven by a rush of capital into ecommerce.

Also, big late-stage technology funding deals have dominated India's startup ecosystem this year, propelling the average ticket size to a record high and even surpassing the average cheque sizes of the past two years cumulatively.