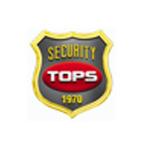 Mumbai-based security solutions provider Topsgrup has acquired the balance 49 per cent stake it did not own in Shield Guarding Co. Ltd (SGCL) for £19.5 million ($30.36 million or Rs 168 crore).

The management team is retained even after the complete acquisition, with Stuart Kedward assuming the role of managing director. He has been with SGCL for the last 15 years.

“It is a strategic decision on our part to tie up with one of the UK’s leading security firms,” said Diwan Rahul Nanda, global chairman of Topsgrup.

At that time, the deal valued SGCL at over 13x its trailing PBT.

Topsgrup is into manned guarding, cash management, electronic & intelligence security, facility management and emergency response services. It had received private equity funding from Indivision I (now under Everstone Capital) and ICICI Venture, and also counted among its previous investors Volrado Venture Partners, who exited by selling its stake to Indivision.

In 2007, ICICI Venture invested Rs 115 crore for 13.69 per cent equity stake while Indivision increased its holding in the company from 4.94 per cent to 7.08 per cent with an additional investment of Rs 25 crore ($6 million) – taking its total exposure in Topsgrup to Rs 57 crore. Ace market investor Rakesh Jhunjhunwala’s Rare Enterprises is also an early private investor in Topsgrup.

Another PE-funded security services firm in India is SIS, which counts among its investors DE Shaw and has recently got commitment from CX Partners for a large round of PE funding.