From other newsrooms: Haldiram’s in talks with PE firms to raise about $200 mn and other stories

Snack-food manufacturer Haldiram’s is looking to raise around $200 million (Rs 1,300 crore) and has started talks with private equity firms including WestBridge Capital and TA Associates.

Capital International, Everstone Capital and General Atlantic Partners are also among those who have expressed interest to buy a minority stake in the company, The Times of India reported citing people privy to the development.

The deal, if it goes through, is likely to value the snack manufacturer around $1 billion, the report said.

Non-banking finance company L&T Finance Holdings Ltd, a subsidiary of engineering firm Larsen and Toubro Ltd (L&T), is looking to sell a stake in its mutual fund arm to a foreign partner.

The move is part of an ongoing restructuring process that is aimed at improving profitability, return on equity and focusing on core areas such as rural, housing and wholesale lending, the Business Standard reported.

The company, which had acquired Fidelity Mututal Fund in March 2012, is looking at a valuation of Rs 1,000 crore and Rs 1,300 crore, which will value the fund house at 4-5% of its asset size, in line with some recent domestic deals in the sector. L&T had entered the mutual fund segment in January 2010 by acquiring DBS Chola Mutual Fund.

Tata Sons Ltd, the holding company of the Tata group, and Japan’s NTT DoCoMo are inching closer to settle their over two-year-old dispute on the latter’s stake sale in Tata Teleservices Ltd.

Both sides' arguments have been heard in a London arbitration court and an award is awaited, The Economic Times reported citing people familiar with the matter.

NTT DoCoMo had picked up a 26.5% stake in Tata Teleservices in 2008 and exercised an option to sell the stake in 2014. It had sought arbitration in January last year after the Reserve Bank of India opposed its move to sell its stake back to Tata Group at half its original investment, as agreed in their joint venture contract.

EduPristine, run by Neev Knowledge Management Pvt Ltd, offers online and classroom-based certification courses. It was backed by venture capital firm Accel Partners, which invested $1.5 million in the company and exited with this round of funding.

EduPristine had partnered with DeVry Education Group in 2014 by launching content courses offered by one of Devry's subsidiaries, Becker Professional Education, marking DeVry's entry in the Indian market. 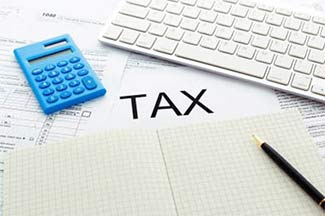 The Indian government is looking to renegotiate its tax treaty with Singapore, after recently introducing amendments in the Mauritius tax treaty, finance minister Arun Jaitley said, according to media reports.

Without giving any timeline for such renegotiation, he said that Singapore is a separate sovereign state and that the Mauritius treaty does not automatically extend to Singapore. “The principles will have to be applied, but applied through a process of renegotiation,” he said.

India recently signed an amended pact with Mauritius that paved the way for phased removal of tax exemption on capital gains to investments routed through the island nation. Mauritius and Singapore accounted for $17 billion of the total $29.4 billion India received in FDI during April-December 2015.