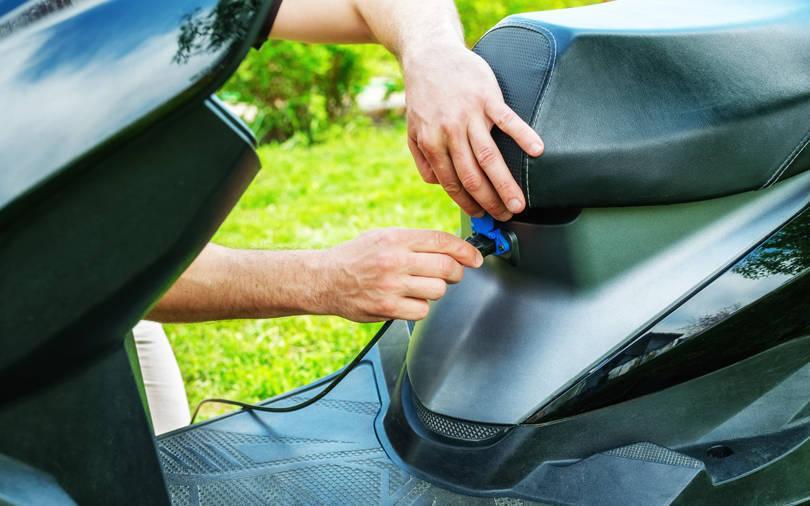 Mumbai/ Bengaluru: Ola Electric is gearing up to launch its electric scooter range S1 and S1 Pro markets in global markets by 2022.

“The factory (at Krishnagiri, Pochampalli in Tamil Nadu) is an investment we're making, which is not just for this range of scooters (but) for the entire range of scooters and bikes. And this factory will be not just for India, but even for global manufacturing. So, as we go to international markets next year, this factory is going to cater to that as well,” Varun Dubey, chief marketing officer, Ola Electric, said in an interaction on Tuesday.

The company is mulling a launch in top two-wheeler markets in Europe including France, Germany and Italy by as early as next year, another individual familiar Ola Electric's plans told Mint on the condition of anonymity.

The news around Ola's expansion into international geographies comes at a time when it is scaling its marketing initiatives and plans to scale up test drives of its electric two-wheelers to more than 1,000 cities by December 15.  The company also plans to open the next round of bookings for its scooters by late January, next year, Dubey said.

Recently, the company had to push back deliveries of its electric scooters due to the global semiconductor shortage.

The first batch of deliveries for its S1 and S1 Pro scooters are now scheduled to happen between December 15 and December 30. The company, earlier had plans of delivering the first batch between October 25 to November 25, and had opened the final payment window for the two scooters on November 10.

“If you actually look around in the industry, most people are given 14 weeks to a year of delay. So, I think our ability to mitigate (delays) to just two to three weeks is quite good [...] The situation is complicated, it is an evolving situation. Even when the best of people are not able to predict it. But at least, we have made all the efforts possible to ensure that the delays are as minimal as possible,” said Dubey.

As Ola Electric continues to take its test drive initiative to newer cities, it is not averse to the idea of launching retail establishments in the future.  “Currently our plan is very clear, we are taking the scooter to customers directly, whether it is test drives, whether it is delivery or whether it is service. Over time, who can say, if the customer comes back and tells us we want a showroom, we will make showrooms and experience centers,” Dubey said.

The company could look at opening experience centers, where it will allow customers to walk in and experience its scooters, especially in the Tier 2 cities, in a bid to penetrate further into the world’s second-largest two-wheeler market.

Ola Electric is also investing towards setting up its electric vehicle charging network 'Ola Hypercharger Network', in bid to boost charging infrastructure in the country. It plans to set up 100,000 two-wheeler charging points across 400 cities in India.

“For us to be successful, we need to think of the whole ecosystem. It's not just the product, or the manufacturing and the manufacturing ecosystem, or the supply chain and logistics ecosystem, we have to think about the charging infrastructure in that ecosystem. There is the product and the software ecosystem and the hardware system. We are doing this entire thing vertically integrated," said Dubey when asked about profitability around Ola Electric's business model.

In October, Ola raised over $200 million in a funding round, led by Falcon Edge, Softbank and others.

The very same mont, Mint reported citing sources that Ola was in the final stages of raising an additional $200 million as a part of a fresh raise which could value the startup at over $5 billion. Several US-based blue-chip funds were expected to participate in the round.