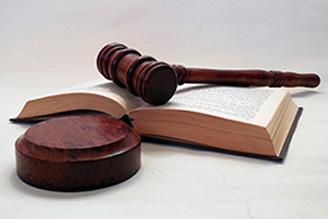 The National Company Law Tribunal (NCLT), which heard the contempt petition filed by Cyrus Investments Pvt Ltd and Sterling Investment Corporation against Tata Sons Ltd and its directors, including Ratan Tata, has decided to pronounce its ruling on January 18.

The investment firms, owned by the Mistry family, had moved NCLT on January 11, alleging that removing him as Tata Sons’ director violates the undertakings given before the tribunal.

Senior Counsel Aryama Sundaram, who is representing the Mistry-owned firms in the court, alleged that the action taken by Tata Sons disturbed the status quo before the final order by NCLT.

“What is the urgency on part of Tata Group to initiate the process of removal of Mistry just two weeks before the final hearing of the tribunal and, that too, at a time when there is a consent order in which both the parties agreed not to take any cohesive steps,” argued Sundaram.

Countering the arguments, senior counsel Abhishek Manu Singhvi who is representing Tata Sons argued that the ousted chairman has made many price-sensitive and confidential details public while filing the case. “There was no reason to disclose in the petition that Tata AIA Life Insurance Co Ltd was in talks with PNB MetLife India Insurance Co Ltd to acquire the company,” argued the counsel representing Tatas. “The details were price-sensitive and confidential and if those details were so important for the case, they (Mistry) could have blackened those portions.”

Singhvi argued that the group also had to initiate the process to remove Mistry because he was making many selective leakages to the Income Tax Department about the company.

Senior counsel Janak Dwarkadas, who is representing Cyrus Mistry in the case, argued that the revenue department has sent a notice to him (Mistry) seeking information about the trustees and their powers with regards to the company and, as a citizen of the country, it was his duty to give that information.

This is the second case filed by the Mistry-owned investment firms against Ratan Tata, Tata Sons and its trustees in the tribunal. Last year, on December 22, the firm had approached the NCLT alleging mismanagement of the firm and suppression of minority shareholders’ rights.

In that petition, the Mistry-led investment companies had alleged that Tata Sons abused the articles of association and the governance framework to enable Ratan Tata to gain control of the company. It also named several directors on the board of Tata Sons and its majority shareholder Tata Trusts, including Amit Chandra, Ishaat Hussain, Ajay Piramal, Venu Srinivasan, Nitin Nohria, Farida Khambatta, Ralf Spelth, N Chandrasekaran, NA Soonawala, RK Krishna Kumar and R Venkataraman.

In its response, Tata Sons said “Mistry failed to put into effect his strategy for managing a large and complex group such as the Tata Group, as committed by him in the detailed note of October 2010 tendered by him to the selection committee.” The response said Mistry, even after identifying the problem areas, was “slow and lacked a sense of urgency.” It cited the example of the loss-making Tata Teleservices Ltd. “As opposed to being decisive and taking a write-down or reducing the debt burden, Mr Mistry kept optimistically holding out for a merger that might save the business, which has yet to materialise while the losses in the business kept mounting.”