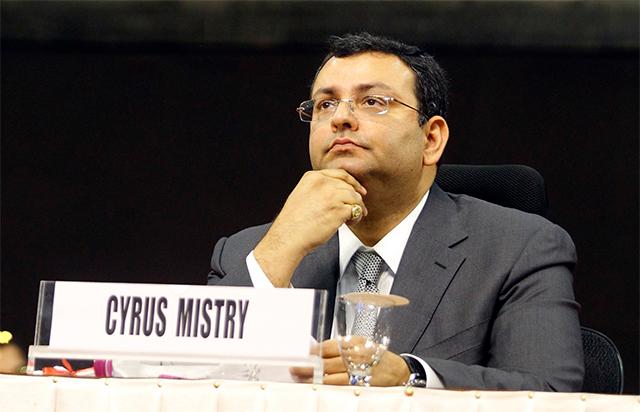 Tata Sons Ltd has denied all the allegations made by ousted chairman Cyrus Mistry in his complaint to a tribunal and said that he was removed for reasons including his failure to take sufficient steps to expand business and control losses.

In its reply filed with the National Company Law Tribunal on Friday, the holding company of the Tata Group also said that Mistry was not even eligible to file his petition and that he mismanaged the group’s operations during his tenure.

The reply came after Mistry, through his family firm Cyrus Investment Pvt Ltd, last month filed a petition in the tribunal alleging mismanagement of the firm and oppression of minority shareholders.

The tribunal had earlier refused to grant interim relief to Mistry and asked Tata Sons to file its reply.

Tata Sons had sacked Mistry in October. This led to a bitter public battle and Mistry eventually resigning from all Tata group companies.

In its 210-page reply, filed through law firm Shardul Amarchand Mangaldas & Co., Tata Sons dismissed Mistry’s allegations point by point. It said that while Mistry is alleging mismanagement and oppression of minority shareholders—the Mistry family owns about 18% of Tata Sons—the petition is actually in response to his sacking.

The company said that Mistry’s family owned only 2.17% of the issued share capital of Tata Sons, including preference shares, and that this was lower than the 10% holding the law requires for a minority share owner to be eligible to file a petition in the tribunal alleging oppression and mismanagement. It also gave reasons for Mistry’s removal in detail.

“Mistry failed to put into effect his strategy for managing a large and complex group such as the Tata group, as committed by him in the detailed note of October 2010 tendered by him to the selection committee,” Tata Sons said.

The response said Mistry, even after identifying problem areas, was “slow and lacked a sense of urgency” in resolving the issues. It cited the example of the loss-making Tata Teleservices Ltd. “As opposed to being decisive and taking a write-down or reducing the debt burden, Mr. Mistry kept optimistically holding out for a merger that might save the business, which has yet to materialize, while the losses in the business kept mounting.”

Tata Sons also said that the absence of a proper interface for communication among the Tata Trusts, the board of Tata Sons and the operating companies led to a “breakdown of communication” and that this was proving to be detrimental to the interest of the Tata Group. Tata Sons added that the management team Mistry selected had little “meaningful operating business experience or the qualities to provide sound business advice” and that he started the process to appoint a group finance chief nearly four years after he became chairman.

Besides, Tata Sons said that Mistry took a long time in resolving conflict of interest arising from his shareholding in his family-owned Shapoorji Pallonji Group of Companies, which were awarded significant contracts by the Tata Group, even after his appointment as deputy chairman in November 2011 and as chairman in December 2012.

“However, it was almost two years after his appointment as chairman that he took steps to address this conflict of interest and acted to stop this activity, after much reluctance. However, by then several contracts had been awarded to Shapoorji Pallonji Group of Companies by the Tata Group,” Tata Sons said.

Besides, it accused Mistry of trying to reduce the representation of Tata Sons on the boards of major Tata companies.

“In most of the cases, Cyrus Mistry ensured that he was the only director who was common to Tata Sons and Tata Group companies, effectively making himself the only ‘channel’ between Tata Sons and Tata group companies,” the reply said. “Mistry’s actions were deliberately weakening the Tata Group structure which was inimical to Tata Sons’ interest and therefore, the mismanagement, if any, has been perpetrated by Cyrus Mistry.”

Tata Sons and Mistry didn’t respond to separate emails seeking comment till the filing of this article.