India’s ministry of mines plans to file a transfer petition in the Supreme Court to bring together ongoing cases in various high courts regarding the implementation of contribution towards District Mineral Foundation (DMF) to be heard in the apex court.

Miners and the ministry of mines are at odds over the effective date of implementation of DMF, which is meant for the interest and benefit of persons and areas affected by mining related activities.

The mines ministry is of the opinion that contribution to DMF should be made effective from 12 January 2015, the date on which the Mines and Minerals (Development and Regulation) Amendment Act, 2015 (MMDR) came into force, which proposed constitution of DMF.

However, miners have termed it illogical and said that contributions should be applicable from the date of notification of the contribution to DMF rules brought out by the ministry on 17 September 2015. The difference in the implementation date would mean that miners will have to contribute more towards DMF if it is applied on a retrospective basis. 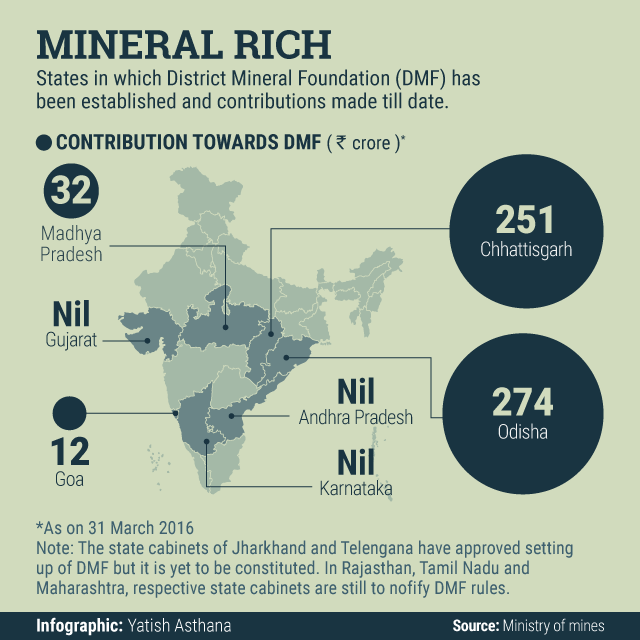 “The ministry of mines is in the process of filing a transfer petition in the Supreme Court to transfer all cases related to retrospective implementation towards contribution to DMF,” said mines secretary Balvinder Kumar, adding that the petition is likely to be filed by the end of this week.

Industry lobby group Federation of Indian Mineral Industries had moved the Delhi high court against the order of the ministry. The Delhi high court in an order dated 22 December 2015 had put a stay on the matter and asked the Centre not to take any coercive steps against miners for not making payments from retrospective date. The cases related to retrospective contribution to the DMF are being simultaneously heard in Madras, Chhattisgarh, Karnataka, Hyderabad high courts, apart from Delhi.

“The ministry of mines will resort to all steps for retrospective implementation of contribution towards DMF. In this regard, we are in the process of filing a transfer petition in the apex court,” said another senior mines ministry official requesting anonymity.

“The ministry has also taken legal opinion on the entire issue from the department of legal affairs which has given a go ahead for retrospective implementation of DMF,” said a third mines ministry official who also did not want to be named.

Queries emailed to the department of legal affairs on 12 April remained unanswered.

“The supreme court has the power to withdraw cases on a particular subject pending before different high courts towards itself or to a particular high court,” said senior lawyer Ashok Agarwal.

Experts believe that contribution towards DMF can’t be on a retrospective manner.

“In my view, the amount cannot become payable to the DMF till it comes into existence,” said former mines secretary S. Vijay Kumar.