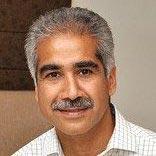 A company spokesperson confirmed the development to VCCircle.

Reports about Taneja’s plans to quit Micromax have been circulating in the media for quite some time now; differences between Taneja and the company's promoters has been cited as one of the major reasons for Taneja's resignation.

The four promoters – Rajesh Agarwal, Vikas Jain, Rahul Sharma and Sumeet Kumar – hold around 80 per cent stake in the company.

Company officials declined to say who would be replacing Taneja.

"Vineet has moved on to pursue other interests. We would like to thank him for his contribution and wish him good luck," The Economic Times reported, quoting a Micromax spokesperson.

His exit is the latest in a slew of high-profile exits from Micromax. Last year, in August, Sanjay Kapoor had stepped down as chairman of Micromax. The former Airtel CEO had taken over as Micromax chairman in June 2014. CFO Badal Bagri had also quit last month.

Taneja had Micromax in May 2014 heading the mobile business at Samsung India. With over 25 years of experience, he has earlier worked with brands such as Hindustan Lever (HLL), Nokia and Bharti Airtel. He holds a degree in engineering from IIT-Roorkee and is also an alumnus of IIM Kolkata.

The Gurgaon-based company has maintained its second position with 14.1 per cent share in 2015 Q4, but shipments fell 12.1 per cent year-over-year and 23.5 per cent over previous quarter, according to the latest report from the market research firm International Data Corporation (IDC).

"The vendor is facing tremendous competition from both homegrown and China-based vendors at different price points under $200," IDC added.