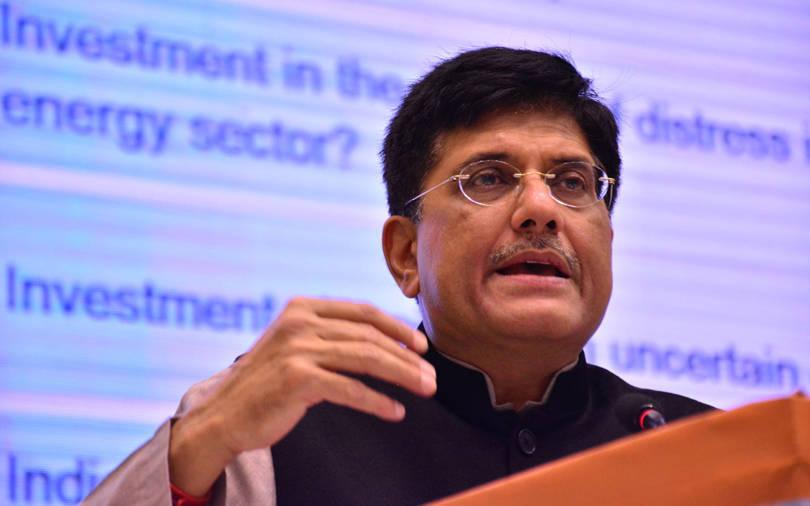 As fund flow to Indian startups continues at a rapid pace, with an increasing number of new-age businesses touching, or even surpassing the $1 billion valuation level, Union Commerce and Industry Minister Piyush Goyal on Monday said the startup fraternity should nurture 75 more unicorns in 2022.

Speaking at the inaugural ceremony of the Startup India Innovation Week, Goyal noted the country currently has around 82 unicorns, with more than half reaching the $1 billion valuation mark last year.

Also read: Soonicorns: The 22 startups waiting in the wings to become unicorns in 2022

Noting that startups can help in taking healthcare to remote areas, along with making India achieve the government's vision of self-sufficiency, Goyal said. “Let's target to nurture additional 75 unicorns in this year.”

He also said that successful startups should make it a point to reach out to entrepreneurs and startups in smaller towns and villages. Further, startups should also aim at catering to new and unexplored sectors across the country, such as rural tourism.

Observing the significance and the rise of startups amid the pandemic, the Commerce Minister said, “Our startups have turned Covid-19 into an opportunity from a crisis.”

As the world is facing successive waves of the pandemic, Goyal was of the view that Indian entrepreneurs should emphasise on making startups more resilient, and focusing on making the entire world a healthier place.

"I think our startups can play a very important role to democratise the availability of healthcare across the world for the rich and poor, for lesser privileged countries, less developed countries... as much as for the developed world,” added Goyal.

The minister also said that startups have been a key factor for India’s rise in the global innovation index, from 76 in 2014 to 46 in 2021. "We have broken into the ranks of the top 50, but I think we should now all collectively aspire to breach the top 25 ranks in the global innovation index, and I will seek your cooperation and support to make this happen," he said.

Outlining policy measures to boost entrepreneurship and the startup ecosystem, he said that the patent filing fees has been reduced to 20% of the normal, and the government has also given a 50% discount on trademark filing fees along with tax incentives and other sops.

Speaking of the much-anticipated Open Network for Digital Commerce (ONDC) digital strategy, which is set to be launched at this week-long programme on 14 January, Goyal said that the open network would bridge the gap between the global ecommerce giants with "great financial muscle power" and emerging domestic startups in the digital commerce space.

The Minister for Commerce and Industry will also chair a roundtable of global venture capital (VC) funds on 13 January as part of the Startup India Innovation Week. The roundtable will also feature domestic VC funds.

The programme's primary goal is to bring together the country's key startups, entrepreneurs, investors, incubators, funding entities, banks, policymakers, and other national and international stakeholders to celebrate entrepreneurship and promote innovation, Secretary of the Department for Promotion of Industry and Internal Trade (DPIIT), Anurag Jain said on Sunday.

On 15 January , Prime Minister Narendra Modi is expected to interact with startups through video conferencing in a closed-door event.  The aim of the interaction is to understand how startups can contribute to the nation’s needs by driving innovation in the country, and how the government can assist them with the same.