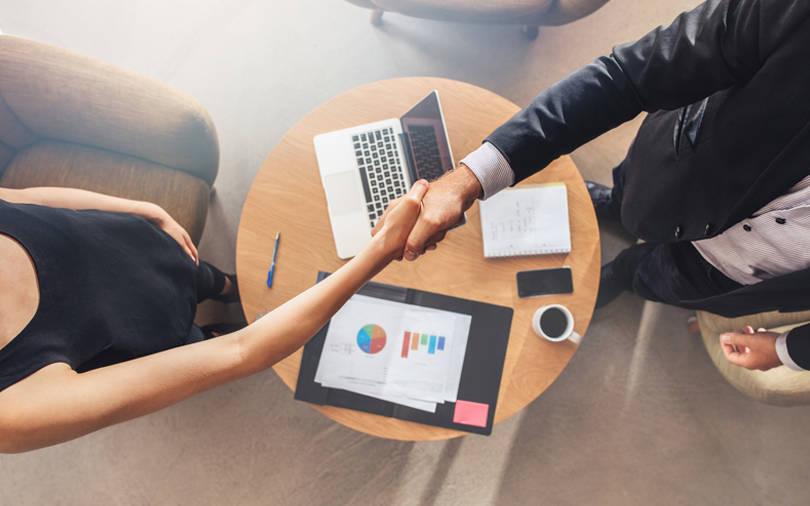 The business disruption caused by the covid-19 pandemic is encouraging Indian companies to transform their businesses through M&A and divestitures, as seen by the India M&A activity nearing an all-time high, driven in particular by first-time buyers, according to a report by consulting firm Bain & Co.

“Companies are using M&A more than ever before to transform their businesses for a post-Covid world,” said the report titled India M&A: Acquiring to Transform authored by Karan Singh and Vikram Chandrashekhar, partners at Bain & Co.

“More companies are doing more deals than ever before. M&A volume is near its highest level ever (considering deals >$75 million), and M&A deals are more broad-based than ever—with more midsized deals, rather than the $5 billion plus megadeals that drove activity in 2017–2019,” the report added. 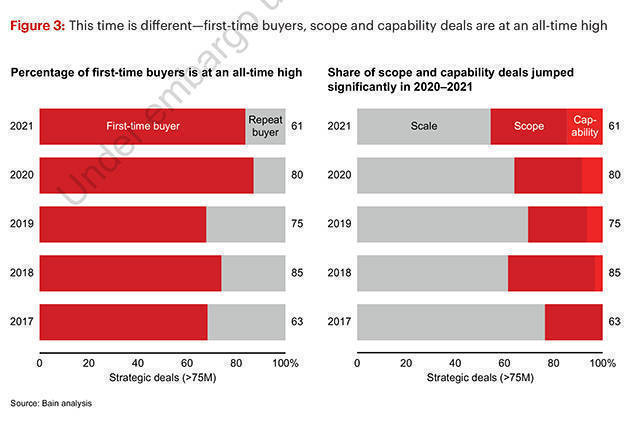 Bain outlined seven major themes that have driven the acquisition activity in covid times and which it expects to continue going into 2022.

Prime among these is the democratization of M&A, with the past two years having seen more first-time buyers than ever with the first-time buyers accounting for more than 80% of deals in the past two years (2020–2021), up from less than 70% in 2017–2019. More companies doing more deals also means average deal size is now smaller, with fewer $5 billion plus megadeals and more deals in the $500 million–$1 billion range.

Another major theme is that more M&A is now increasingly focused on transformation than scale, the report said. “Scope deals—acquisitions outside a company’s core business—are steadily growing share of deal volumes. Scope and capability deals now account for 4 out of 10 transactions, often addressing disruptive themes, such as digital or renewables,” Bain & Co said.

“In the past year, M&A by digital insurgents has hit never-seen-before

highs—insurgents are buying to build scale rapidly, enter new geographies, enter new lines of business, and deliver a full omni-channel experience to customers. For example, edtech insurgent BYJU’s has been on a $2B+ acquisition spree, with 11+ acquisitions—of which approximately $1B went towards acquiring Aakash Educational Services, an offline test prep company, to build an omnichannel learning offering for their test-prep vertical. Oyo has

Insurgents also realise that their stock is valuable currency, with two-thirds of deals done by insurgents are stock-plus-cash transactions, it added.

Other major themes driving M&A include increasing dollars being allocated for India investments by private equity firms, reshaping of portfolios by large conglomerates through divestitures and acquisitions and rising global interest in the Indian renewable energy sector and robust cross border M&A.