The hazards of FDI in pharma biz in India

It’s not every day that a movie star appears before a parliamentary committee to debate on the issue of regulating foreign direct investment into the country. And if that movie star happens to be Aamir Khan, naturally people will stand up and pay a little more attention. The issue of the quality of healthcare and malpractices by medical professionals was taken up by Aamir Khan in one of his episodes of Satyamev Jayate, after which he approached a parliamentary committee to discuss the same. 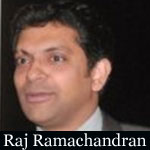 Recent acquisitions: Given that 100 per cent foreign direct investment in the pharmaceutical sector was under the automatic route, global pharmaceutical companies looking to tap the India market found their counterparts here as attractive investment targets for various reasons including the ability to manufacture low cost generic drugs and the market potential. This resulted in a series of acquisitions — Ranbaxy being acquired by Dai-ichi Sankyo (in 2008), Shanta Biotechnics being acquired by Sanofi Aventis (in 2009) and Piramal Healthcare being acquird by Abbott Laboratories (in 2010).

Government apprehension: Although the effect of these acquisitions may not be immediately visible, the apprehension of the government could be that the price of drugs manufactured by foreign owned/controlled Indian pharmaceutical companies may eventually be increased or the quantum of manufacture brought down, which would be to the detriment of the Indian end consumer. The apprehension of the quantum of manufacture is also reflected in the conditions imposed by the Foreign Investment Promotion Board (FIPB) while recently approving various investment proposals in the pharmaceutical sector. Among others, the conditions apparently include maintenance of the quantitative level of NLEM (National List of Essential Medicines), maintenance of research and development expenses and reporting to the FIPB on transfer of technology. 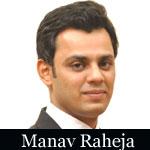 The re-pricing of drugs by the acquired Indian pharmaceutical companies is perhaps a lesser concern, given that the Drug Price Control Order, 1995 (DPCO) regulates the pricing of essential drugs. It is, however, relevant to note that pricing of other non-essential drugs are not as closely regulated, and therefore perhaps the apprehension.

Impact of policy changes: The foreign direct investment policy for the pharmaceutical sector was amended in November 2011, pursuant to which foreign investment in existing companies was brought under the government/approval route, leaving the 100 per cent automatic route for investments in greenfield projects. This amendment has left the transacting parties questioning the impact of this change, as certain rights and actions under the investment agreements executed between the parties seem to have suddenly become subject to government approval. The challenge therefore for foreign investors and Indian promoters is to determine whether and how to structure (in many cases ‘re-structure’) their investment terms in order to comply with these new conditions, without diluting their commercial considerations.

Issues to be considered: One of the issues that remain to be addressed is the ability of existing investors in Indian pharmaceutical companies to acquire additional shareholding where funding is required for the operations, and the Indian parties do not wish to or are unable to participate in a rights issue. A compelling argument from a foreign investor’s perspective would be that if the original investment was made in a greenfield project, any subsequent investments should not necessitate government approval, even where the percentage level of shareholding stands increased. However, a conservative view could be that government approval is not necessary if the percentage level of foreign investment remains constant, and should there be any increase, a clarification should be sought from the government, which should be forthcoming. This would place the Indian entity in a difficult position since where approval is not granted by the FIPB for an increase in shareholding, the operations may suffer leaving the stakeholders with very little options. Clearly, the latter is not what the revised policy seeks to regulate.

Another key issue for foreign investors is transferability of their shareholding in the Indian pharmaceutical companies. Transfer of shares (held by a foreign investor to another foreign entity) of an Indian company in the pharmaceutical sector continues to be under the automatic route without any lock in or other restrictions/ conditions, subject of course to pricing guidelines. What remains unclear, however, is whether the transferee foreign investor would be permitted to make follow on investments (i.e. a rights issue as discussed in the foregoing paragraphs) under the automatic route even where the percentage level of foreign investment remains constant. This is not free from doubt, since a bare reading of the policy could be interpreted such that investment (by the transferee foreign investor) in an existing company, would be subject to government approval.

Although foreign companies may be investing into India using a holding company structure, it is necessary that these and other issues are clarified at the earliest.

Direction of reforms: A related sector is the heathcare/hospital business, where foreign direct investment is permitted under the automatic route. This sector is also currently a heated one and has seen quite an uptick in foreign investment. With foreign investors being in control and having significant investment at stake, a similar apprehension could be on the continuance of low cost healthcare and medical services. Would this lead to an amendment to the policy on the heathcare business next? Despite a similar concern raised on foreign investment in multi brand retail affecting the end customer and the traditional mom-and-pop stores, the government has gone ahead with announcing the policy with some changes now required to the legislative framework as directed by the apex court.

There clearly appears to be a lack of consistency in the approach of the government. While sector restrictions may convey a conservative or cautious approach, retrospective changes will clearly impact India’s image as an investment destination.